ONE DOOR CLOSES AND ANOTHER OPENS 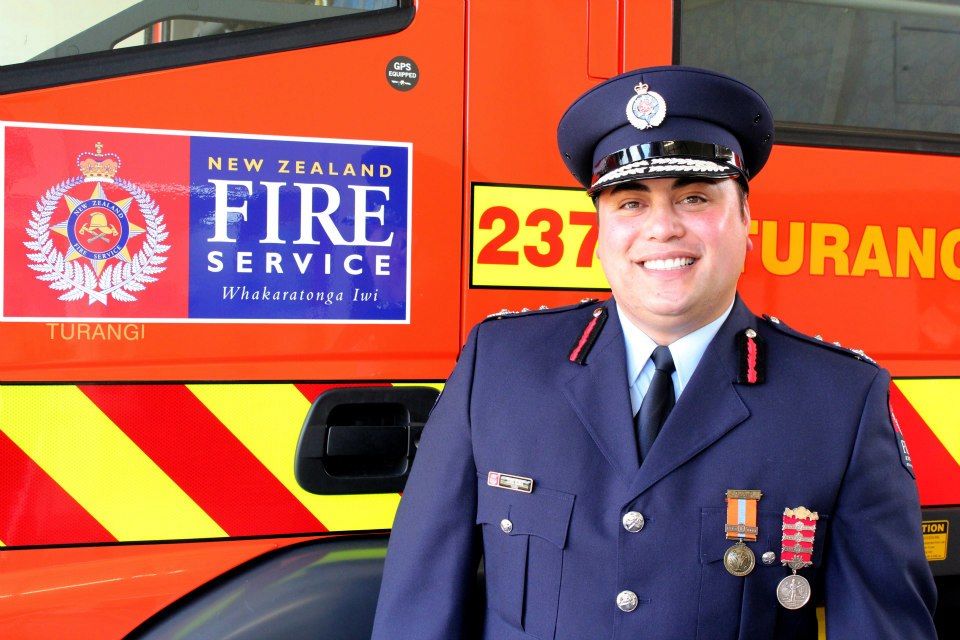 The closure of Lockyers Appliances in struggling Turangi has meant a new lease of life for Tong Kingi in particular.

Turangi is a small town which has experienced its share of highs and lows. Once the population was only around 500 but, when the Tongariro Hydro Scheme got underway in 1964, things looked up and by 1966, 2,500 people lived there.

That was when the already 105 year-old Napier retailer Lockyers Appliances arrived (see Wares "Iconic Retailer" in June 2010) and set up shop in Turangi's Town Centre Mall.

The year after the Turangi store opened, the fourth generation in the form of Mike Lockyer took the reins.

On the back of the power project, the town was thriving - as was Lockyers - and by 1965 Turangi boasted 6,500 residents. The town peaked at just over 9,000 in the early 1970s with the Tokaanu plant being commissioned in 1973 and Rangipo a decade later.

Mike and Jan Lockyer opened a furniture business in 1998 and in 2000 the 20 year-old Tangonui "Tong" Kingi joined the company, bringing with him his own particular brand of exuberance .

Turangi born and bred, Tong worked in the furniture shop for a year before transferring across to appliances, then a Retravision outlet, becoming Appliance Manager in 2004.

Two years later he became a 30% shareholder of the Lockyers group, having been named Young Achiever in the 2005 Wares Awards (see "Rolling back the Years" December 1995-2005 here) and then Young Retailer of the Year in 2008 (see photo below right)!

With the demise of Retravision, Lockyers Appliances had a brief flirtation with Appliance Connexion before joining Appnet as an unidentified member in 2013.

However, all that came to an end on 31 March this year when Lockyers Appliances & Furniture closed its doors for the last time, ending a 50-year association with Turangi which itself is going through something of a down time, as it has over the years.

In fact, Turangi’s permanent population started to decline in the late 1970s once the Tokaanu power project was completed and this outflow increased once Rangipo was up and running and the construction workers were deployed elsewhere in the country.

Tong Kingi makes no bones about how tough it was to close a shop that had been so integral to the local community:

“There’s no denying that retail has been tough, not just here but in general. And, with such a small customer base it was increasingly difficult to keep the shop running and also have a life.

"Jan and Mike had reached the stage where they were ready for the next chapter of their lives and, with my heavy local body commitments, we took the decision to close.

"Yes it was difficult, emotional. We had third and fourth generations of customer families and after fifty years we felt a great sense of responsibility to the township.

"But it was the right decision for us and the support and best wishes received after the announcement were incredible.”

One door closes and another door opens

Jan and Mike Lockyer are relocating to Taupo to be close to family and see more of the grandchildren. But, for Tong Kingi, life is busier than ever.

He had joined the Turangi Voluntary Fire Brigade in 1999 and since 2010 has been its Chief Fire Officer (see photo above!).

“Ours is an extremely busy brigade,” he says. “We not only cover Turangi and surrounds but have the lake and the Desert Road too.”

Very concerned that Turangi was struggling, Tong made his first bid at local body politics in 2013 when he stood for the Turangi Tongariro Community Board under the auspices of the Taupo District Council.

He was successful, immediately installed as Chairman and describes his first term as an elected official as “a very steep learning curve”.

It’s easy to feel the passion Tong has for the town of his birth and he is fully committed to helping, nay leading Turangi into resurgence.

In his council role, he is totally supportive of a networking activity called "Turangi after 5" where local business people and other interested parties meet monthly over refreshments to discuss enhancement ideas and listen to guest speakers giving advice on such things as destination marketing, economic management and more.

He takes up the story: “For a long time I have felt strongly that our town has not really known where it fits in the world.

"What is Turangi all about apart from fishing? It’s a clear issue of identity and my big hope is that, from all this input, the meeting of minds if you will, we can find ways to revitalise the Town Centre and encourage new retail here.

"It won’t be like before of course, but probably much more tourist-orientated.

"You know, we have all the natural resources, these being the mountain, the river and the lake. We are the gateway to the Tongariro National Park! We just have to find the best way to tell the world.

"At this moment I don’t know exactly what the answer is, but I know that what we have to do, is work out what we are going to do."

Tong is driven, that’s obvious, and there is no doubt that when they decide what to do, he’ll make sure they do it.

Tong Kingi is married to Stacey and they have two young sons, Hayden (age 6) and Riley (4) - see the photo below. 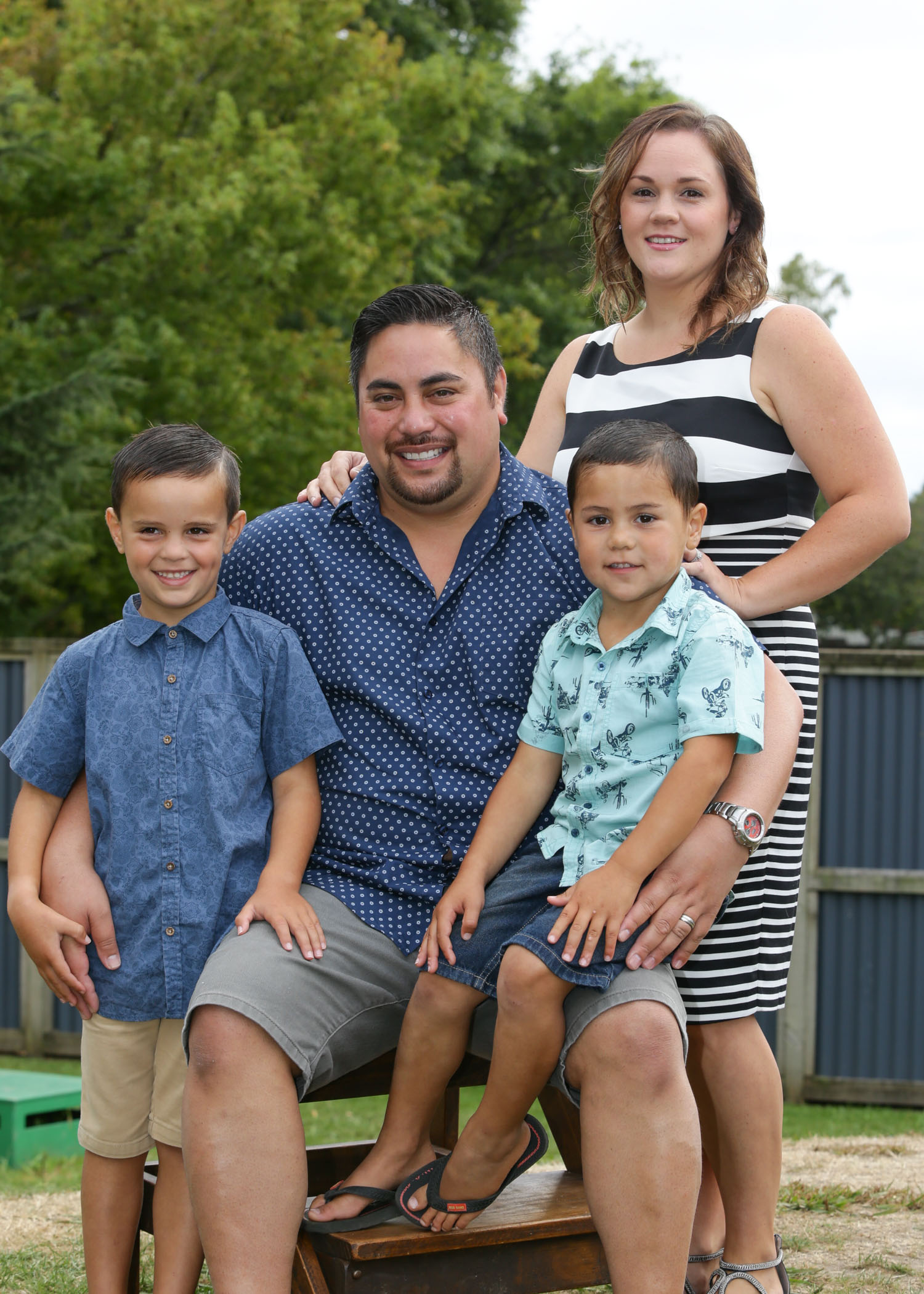