WARES PICKS THE NEXT XMAS HOTTIES

Last October Wares brought you a mix of 12 gadgets and broader trends for Christmas that we thought would be hot – and we got all bar two of them spot on! So, with the festive spirit in mind, check out this year’s “Hotty” predictions! 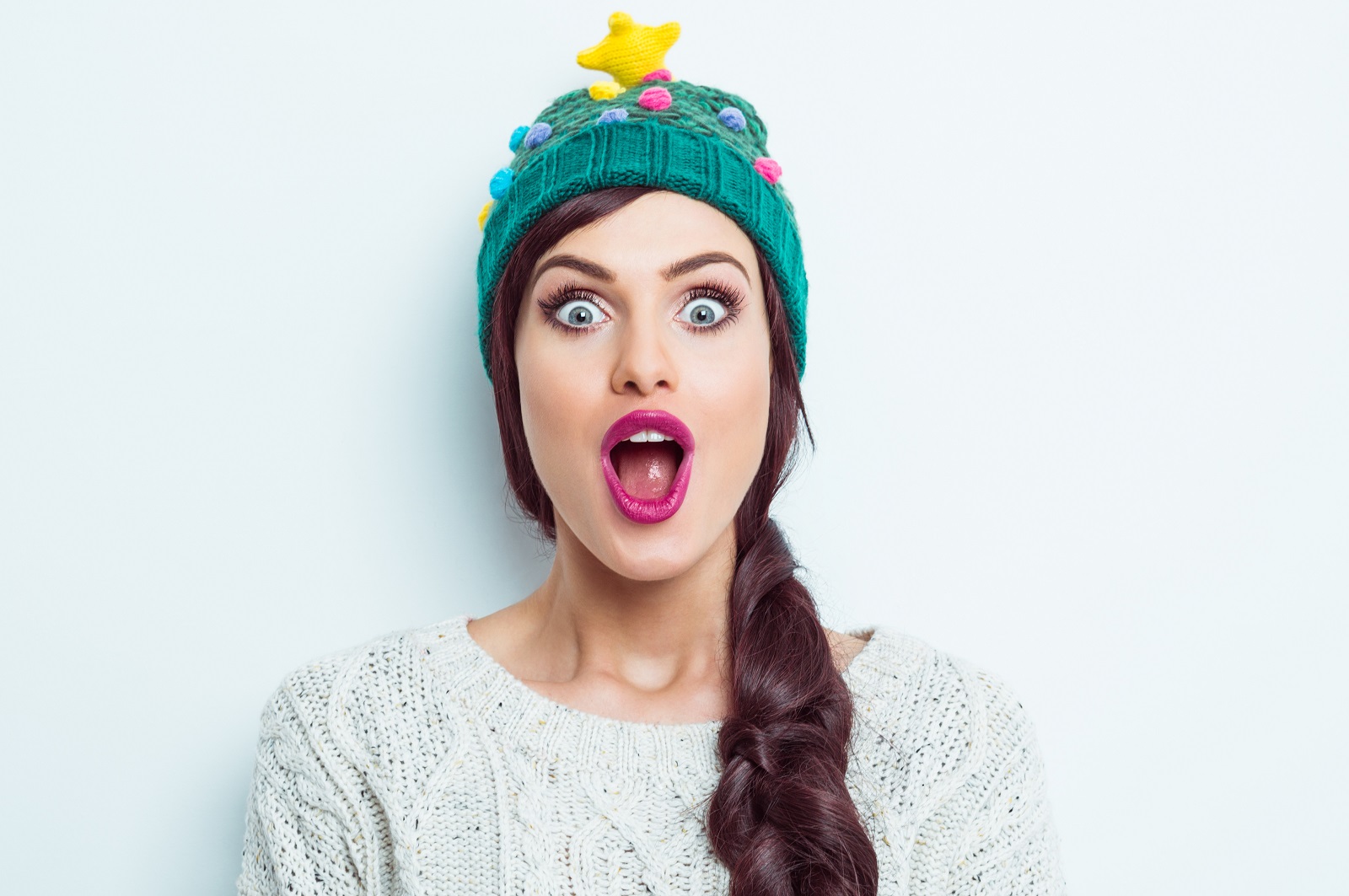 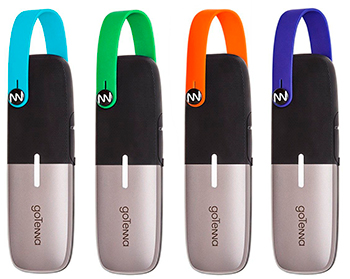 For all Kiwis who like to bike or hike, GoTenna is for you, especially in areas (and in our bush there are plenty) without cell service. These walkie-talkie-like enablers pair with your phone via Bluetooth so you can send messages and GPS data to others in the area using radio frequencies. The off-the-grid envelope goes even further with the introduction of GoTenna Mesh. Mesh networking makes it one of the first devices providing mobile (not fixed point), off-the-grid, long-range communication to users. GoTenna is launching at US$179 per pair internationally, using available public radio spectrums in each area. www.gotenna.com 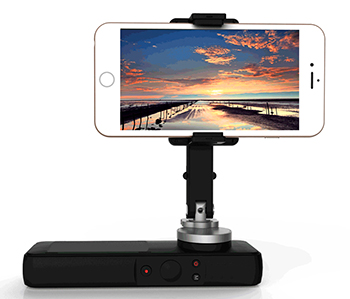 SMOVE allows you to take steady shots in rough conditions, follow faces in front of the camera and even take seamless panoramas. SMOVE stabilises your phone for steady video shoots by keeping the phone level at all times. Your phone can still rotate around its axis, remaining stationary in space. A built-in power pack will keep it charged too. Designer Matt Sandy said: “We wanted to make the smartest, most intelligent – and affordable – gimbal for everyday users.” At US$129 and due to ship in December, they’ve succeeded. www.getsmove.com 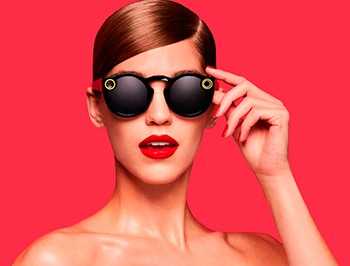 Spectacles are sunglasses with a camera. Temporary video & image messaging app Snapchat has used the smallest wireless video camera in the world, capable of taking a day’s worth of video recording on a single charge, and integrated it into a fun pair of sunglasses. They record up to 30-second videos with a push of a button and can then transfer to your Snapchat memories (over Wi-Fi or Bluetooth) to a nearby phone. Or you can save them on the Spectacles until you’re near a phone. The specs will cost US$130 but are as yet without a release date. www.spectacles.com 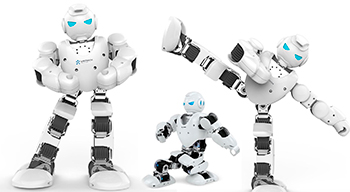 Robots arguably held centre stage at Europe’s biggest tech trade show, IFA, in September. There were floor and window cleaning robots, dancing robots, robots to supervise your house, or feed your pets. Thanks to the Internet of Things, robots are finally becoming genuinely affordable for the average consumer. This year’s scene stealer is Ubtech’s Alpha 1S, a 40cm tall humanoid robot with 16 movable servo joints that you customise and control from your smart phone. Retailing for around US$420, they’re not cheap but then again the best drones aren’t either and they’re selling…www.ubtrobot.com 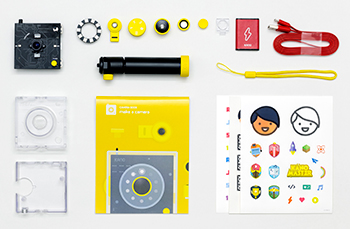 DIY computer maker Kano is moving into the Internet of Things. The British company has a trio of gadgets designed to let children (and adults) build their own speakers, motion-sensitive cameras, and pixelated LED displays. Make your own security camera! Or a speaker that farts when your favourite team scores. The new kits can be assembled without tools in a matter of minutes. As with all of the company’s previous products, the design is still open and inviting, with simple modules, bold colours, and easy-to-follow manuals. The three kits retail for US$129 each. www.kano.me/computer-kit 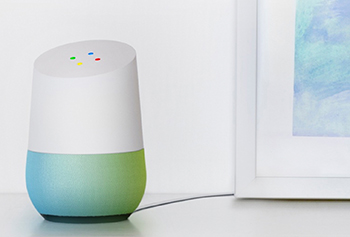 The battle of the tech giants is being waged in your home! Each with their own cloud-hosted AI that communicates through wireless speakers, the contenders are: Google Home, Apple HomeKit, Microsoft Cortana and Amazon’s Alexa. We think mainly because of Google’s ridiculously powerful search engine and retailing for US$129, Google Home will come out on top and control your connected products, music, book tickets or restaurants, all with a simple voice command. AI voice assistants will soon be the ultimate hub for your digital world. https://madeby.google.com/home/ 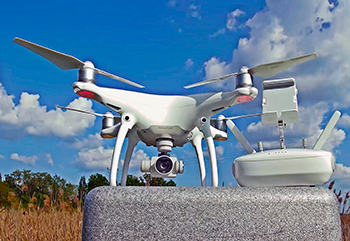 Reviewers are raving about this quadcopter with many calling it the “best ever”. Killer features include: “obstacle avoidance”, “visual tracking”, “tap-to-fly”, extended flight time and flight speeds up to 72 km/h. Add UHD 4K filming at 30fps and 120fps slo-mo at 1080p, a top quality camera and superb gimbal for smooth flights. We particularly liked the inclusion of sensors that recognise an approaching object and slowly bring the drone to a hover to avoid hitting it. This makes the professional-grade drone suitable for beginners and experts too! They’re available now at Noel Leeming and elsewhere for around $2,200. www.dji.com 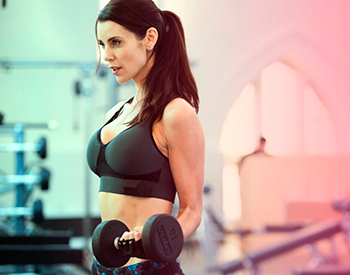 Wearable sports technology products are about to completely change how athletes train. The OMbra from Canadian sports tech company OMsignal is the first-ever wearable tech to capture breathing rhythm analysis for running efficiency, accurate heart rate, precise body movement metrics, running zones, calories, cadence, pace and distance. OMshirt works the same way – once you pair your wearable tech with the OMrun app you can stream your real-time data via Bluetooth to your iPhone. Big players like Adidas and Nike will need to play catch-up. www.omsignal.com 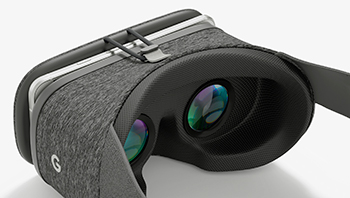 Google’s new Virtual Reality headset comes with a controller, is covered in fabric, easy to operate and reportedly very comfortable, even though it also contains your phone. What lifts it above more expensive VR headsets like Oculus Rift, HTC’s Vive (which we do like) or even Samsung’s Gear VR is its affordability, versatility and choice of content. Available for AU$119 in November, Daydream View works with new Android phones and for software, Google’s services (Google Play Movies, Google Photos, Street View and YouTube) will be available. So will Netflix, HBO, Hulu and more. Get ready to be transported “elsewhere”. https://vr.google.com/daydream/ 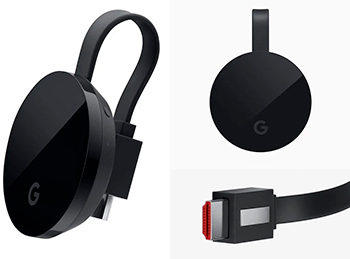 We like the Chromecast family. Last year’s Hottie list included Chromecast Audio and we know the 2nd gen Chromecast video dongle has been selling really well here too. Now there’s Google Chromecast Ultra, which is capable of streaming UHD 4K content from your device on to your TV. Ultra is a clear step up from its predecessor because its dedicated ethernet port allows for much faster speeds, avoiding snags and buffers. If you own a 4K TV and you’re looking to buy a digital media player that lets you watch 4K, Chromecast Ultra will be NZ$100 when and if it’s released. www.google.com/chromecast/tv/ultra/ 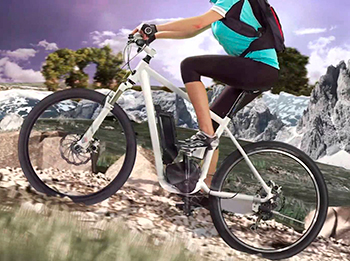 Whether you’re in city traffic or a hilly trail ride, and you’re not in Christchurch, e-bikes could be just the thing to get you around. Bosch does make its own e-bikes (see the video) but mainly it supplies the systems that other brands put into their e-bikes. The Bosch Drive Unit measures pedalling power, cadence, and speed up, to 45km/h, more than 1,000 times a second while optimally integrating with the gear system. Bosch PowerPacks are available with 500, 400, and 300 Wh as frame or rack batteries. All three offer high energy density, exceptional mileage, long service life, low weight and easy handling. And then there’s Nyon, the first all-in-one e-bike on-board computer for GPS navigation, range information and your personal fitness.www.bosch-ebike.com 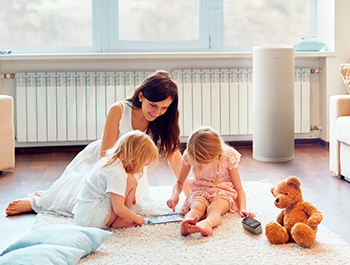 At IFA 2016, Finland’s Lifa Air brought its patented technology to the home with the launch of two new domestic models with real time monitoring and automated purification to protect against harmful gases such as C02, particulates (including asthma-triggering dust mites) and VOCs (including formaldehyde which appears in practically every NZ house). A triple filtration system acts first as a pre-filtration cartridge then densely packed activated carbon granules are followed by the HEPA filter cartridge. The LIFAair app also means you can monitor your air quality at any time.www.lifa-air.com