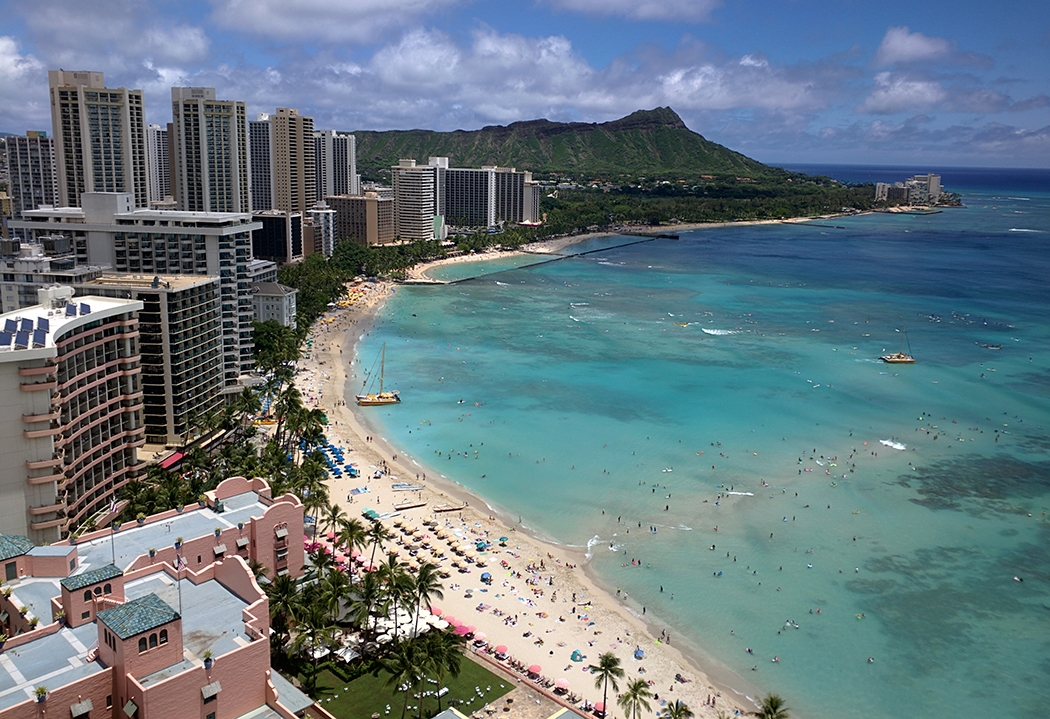 After months of anticipation and industry hype of this infamous destination, we were finally packing our bags for tropical climes, surf, sand and a healthy dose of vitamin D.

Following arrival at the venue for this year’s Conference, we were greeted at the Leahi Club Lounge with a welcome luncheon, and a chance to experience the incredible views of Waikiki Beach from the 30th floor of the Sheraton Waikiki.

An afternoon was then spent familiarising ourselves with the venue and facilities, before being hosted by Panasonic New Zealand oceanfront for a sunset welcome buffet and drinks, all of which seemed to make it that much easier to acclimatise to the warmer and more exotic environs. Aloha to that.

Bright and early each morning, preferred suppliers made their presentations to the assembled mass of Appliance Connexion members.

At the AGM the previous day, Ian Walker of 1OO% Folders in Kaitaia had been confirmed as a new Director and the following morning Executive Chairman Peter Drummond formally introduced Mark Gilbert as the new Independent Director, Deputy Chairman and Chairman of Audit & Risk, replacing long-time incumbent Rick Braddock.

Elated with a 4th year of record returns to members, Peter Drummond also confirmed that his role as Executive Chairman would revert to Chairman of the Board when the day to day running of the operation passes to a new GM and ACL’s experienced management team.

In addition to marking consecutive Readers Digest Quality Service Awards and People’s Choice Awards as an organisation, he also proudly saluted 1OO%’s Retailer and Young Retailer of the Year Semi-Finalists in the 2016 Wares Awards, all of whom were present in Hawaii.

Peter also thanked suppliers for their support and Narta as “a key component in our toolbox”.

But it was to addressing the way forward that this year’s conference was devoted: “All boats rise equally on a rising tide but we want to be ahead of the game and take advantage of market growth and profit opportunities,” he said.

Taking up the ACL war cry – “Act as One” – he emphasised that adopting new ideas and adapting to change needed the combined talents and attention of all members, together! “On our own we are strong, intelligent and innovative – but together, we’re magnificent!” he exhorted.

All of the messages and insights delivered by the external keynote speakers and reinforced by the members themselves later on, hung off this premise – that change was necessary and inevitable.

First up was a powerful, personal and at times emotive presenter sponsored by LG Electronics.

West Point graduate and Green Beret Ray Jefferson (www.facebook.com/ray.jefferson.982) had been a highly decorated, super high achieving officer in the US military.

But then he lost his left hand protecting his team from a faulty grenade in a combat training accident. It was truly a life-changing event.

His often raw, no-punches-pulled talk covered what it took to bounce back from all of a sudden not being able bodied and unable to even tie his shoelaces to becoming an inspirational leader again.

Boiling all this down to what was most meaningful for delegates, Ray Jefferson believes that helping and inspiring customers, colleagues and communities to achieve their dreams – and go beyond those dreams – is a truly honourable goal and one well worth pursuing.

He finished with a quote from Woodrow Wilson: “You are not here merely to make a living … You are here to enrich the world, and you impoverish yourself if you forget the errand.” 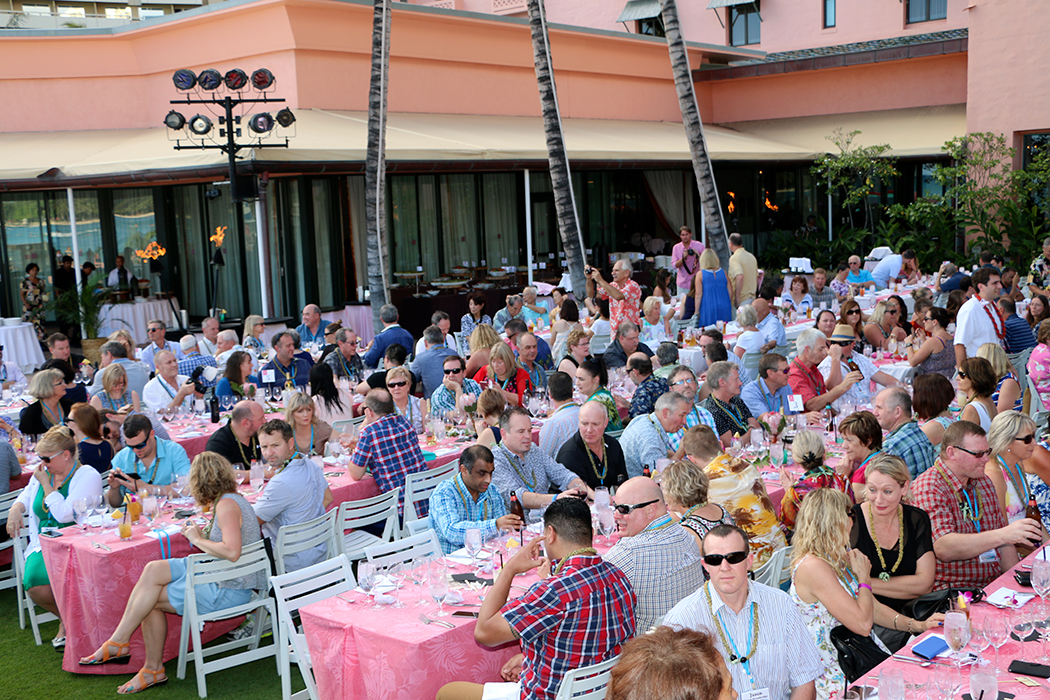 As balance, our next speaker, sponsored by Panasonic New Zealand, may have been brighter in tone but he was no less focused.

Raised in the slums of Kingston, Jamaica, by his mid-20s, Devon Harris (http://devonharris.com/ and www.facebook.com/keeppushing/) had become an officer in the Jamaica Defence Force, having graduated from the prestigious Royal Military Academy Sandhurst in England.

That’s an achievement in itself but perhaps his most obvious claim to fame was as a member of the unlikely four man bobsled team who beat the odds when they wore the Jamaican flag at the 1988 Winter Olympics in Calgary – as embodied in the movie Cool Runnings.

Devon was one of four team members who got the bobsled moving, hence the core message of his presentation – keep on pushing!

“I do not know how to quit – so I didn’t quit,” he said. What you’re trying to achieve may be hard, it may be painful, it may be tedious, but you can succeed by “focusing on one foot after the other – one baby step at a time.

“If you keep moving you will get there – you have to endure, no matter how difficult it gets. The more you persist, the more confident you become – it’s an upward spiral!”

Leaving the comfort of the air-conditioned hotel, the rest of Sunday was devoted to outdoor experiences, in the form of the Beko Retail Study Tour, visiting three of America’s largest retail chains – Costco, Best Buy and Lowe’s – all of which had megastores in Honolulu.

The same but different

Monday morning started off with a varied selection of Appliance Connexion Members sharing recent reinvestments in their businesses. Their stories were different but the same – they were all determined to remain successful and stay relevant.

Both member and preferred supplier delegates were extremely complimentary and appreciative of the candid content and openness of the presentations, which shared the personal journeys and insights of these five retailers. 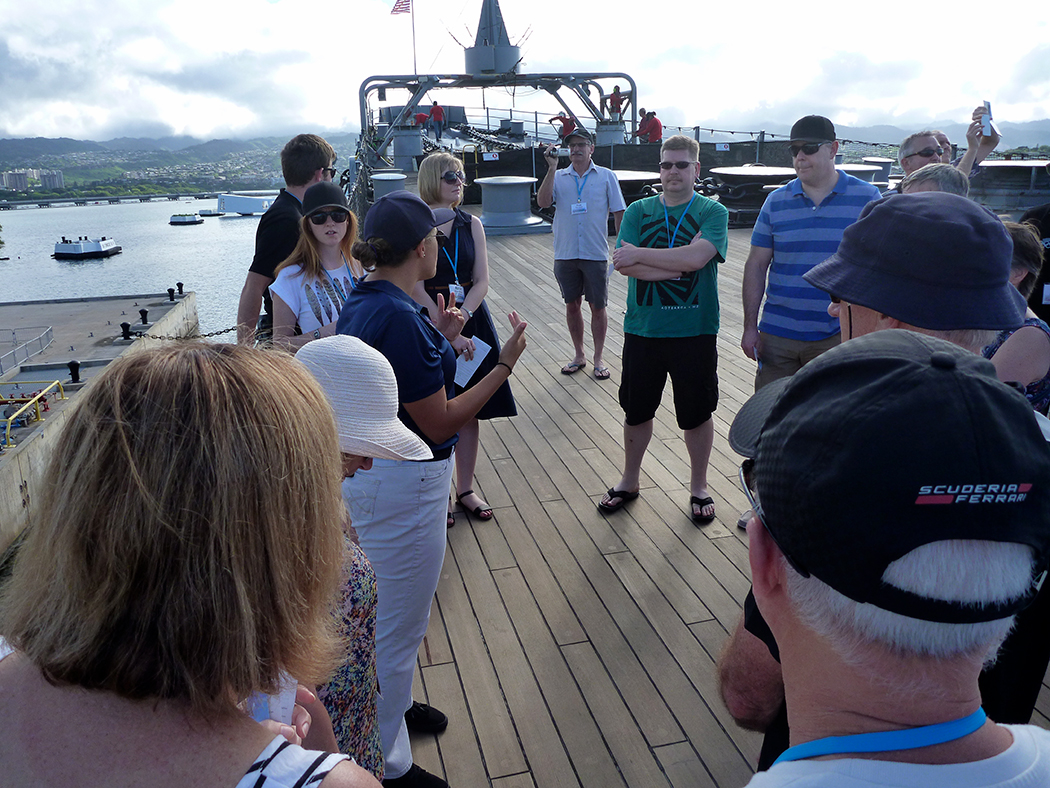 An infectiously positive person – he also used the word “awesome” an awful lot – who spent four years travelling in a VW bus and, thanks to serendipity rather than planning, conducted 200 interviews with fascinating and extraordinary people.

Another four years and the net outcome was a multiple award winning film called The Journey.

But finishing the movie was not an end in itself, just a point along the way, the point being that, even if you don’t reach your ultimate goal there will be other benefits from simply having undertaken the journey.

What did he learn from all this? “The most salient thing that I have learned is that the people who get up excited and go to bed fulfilled and live extraordinary lives over decades are people who have protected and nurtured and celebrated their sense of wonder.

“They have kept their childlike curiosity… The people who live amazing lives have maintained that sense of deep curiosity and treated their lives like an adventure.”

Rounding off Monday, Electrolux treated everyone to an evening of celebration, dining and a beachside experience telling the story of Hawaii.

The AhaaAAina Luau took place in front of the pink façade of the historic and select Royal Hawaiian Resort and proved highly entertaining and scenic, as dusk turned into night. 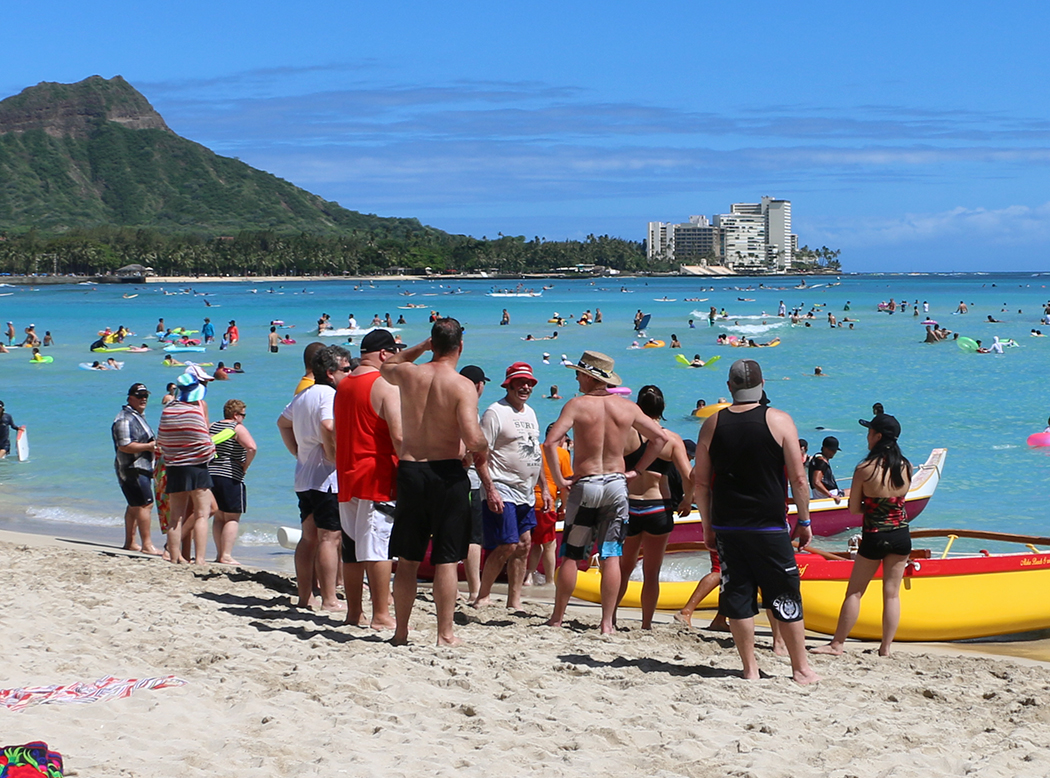 Alive on the ocean waves

Tuesday dawned bright and early for a trip to Pearl Harbor thanks to Beko Australia & New Zealand.

Passing through multiple security checkpoints, we visit the last US battleship ever built. The USS Missouri “Mighty Mo” is not just a massive item but also an historic site – it was on the deck of “Mighty Mo” that Japan finally surrendered, thus ending World War II.

Then on to the Pearl Harbor Visitor Centre – Hawaii’s number one visitor destination – and the USS Arizona Memorial, both a solemn reminder of why the US entered WWII in the first place and a tribute to the 900-odd sailors still interred in the sunken wreck that sits just beneath the waterline.

After the exertions of the afternoon and to conclude conference, Fisher & Paykel Appliances and Haier also hosted an evening of food, wine, live music from Beatles tribute band Fourever Fab and dancing atop the 30th floor of the Sheraton Waikiki. 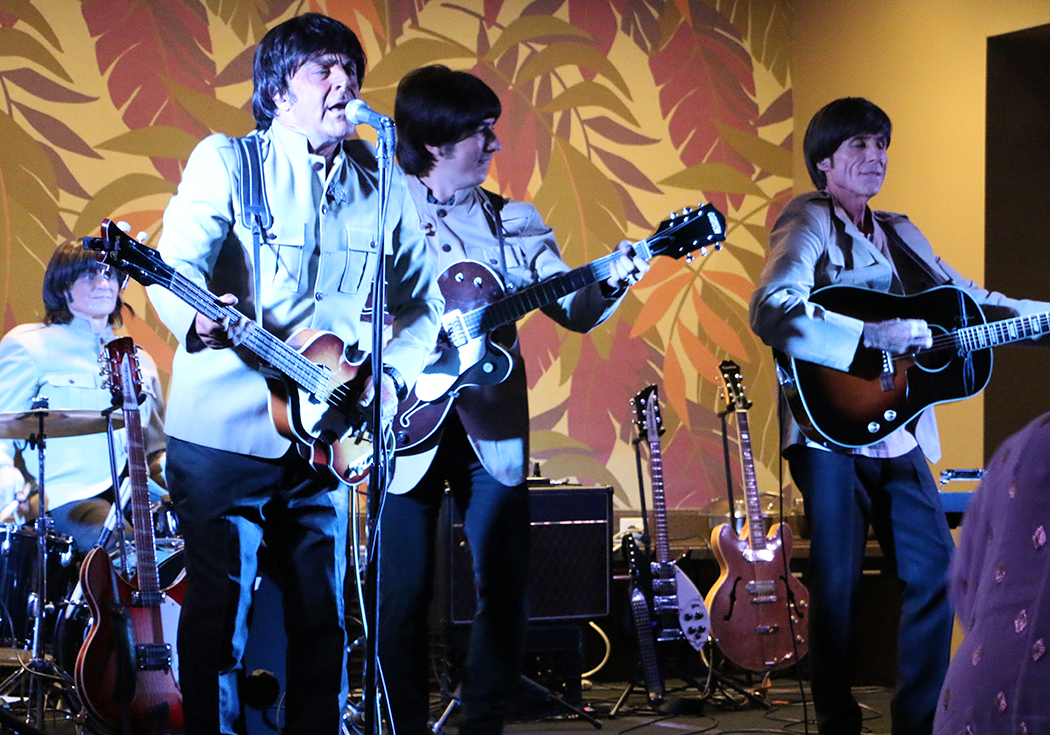 The next morning we flew back home, to cooler climes. Key outtakes from the Appliance Connexion 2016 Conference & Study Tour?

A genuine sense of having been among a group of entrepreneurial people keen to work together, for one thing. And that there was a general willingness, even eagerness, among the members not to stand still but to work towards the future.

Big ups to Peter, Nikki, Bryce and the team and to external events organiser, Lynn Barlow, for the ‘cool runnings’ of the entire event – can’t wait for the announcement of the destination for 2017!

Thanks too to the silver & bronze sponsors: Brother; Dyson; Miele; and Pudney & Lee.