Appliance Connexion’s Conference, Cruise & Study Tour this year may have involved several days aboard a cruise liner but everything we learned at this event suggests the cooperative is far from just “cruising” along.

To view a PDF of the complete article as it appeared in Wares magazine, click the download button at the bottom of this page.

From LAX and the Tom Bradley Terminal (these days a stunning display of top class interactive retailing by the way), we transferred to the Long Beach Cruise Terminal to join the Carnival Imagination for a three-day cruise to Ensenada and back.

After the flight and bus ride from LAX (thanks Beko!), there was time to unload in one’s cabin, explore the massive ship and then sip some very welcome cocktails and dinner, thanks to Electrolux, Malcolm Bain and Stefan Knoesen. 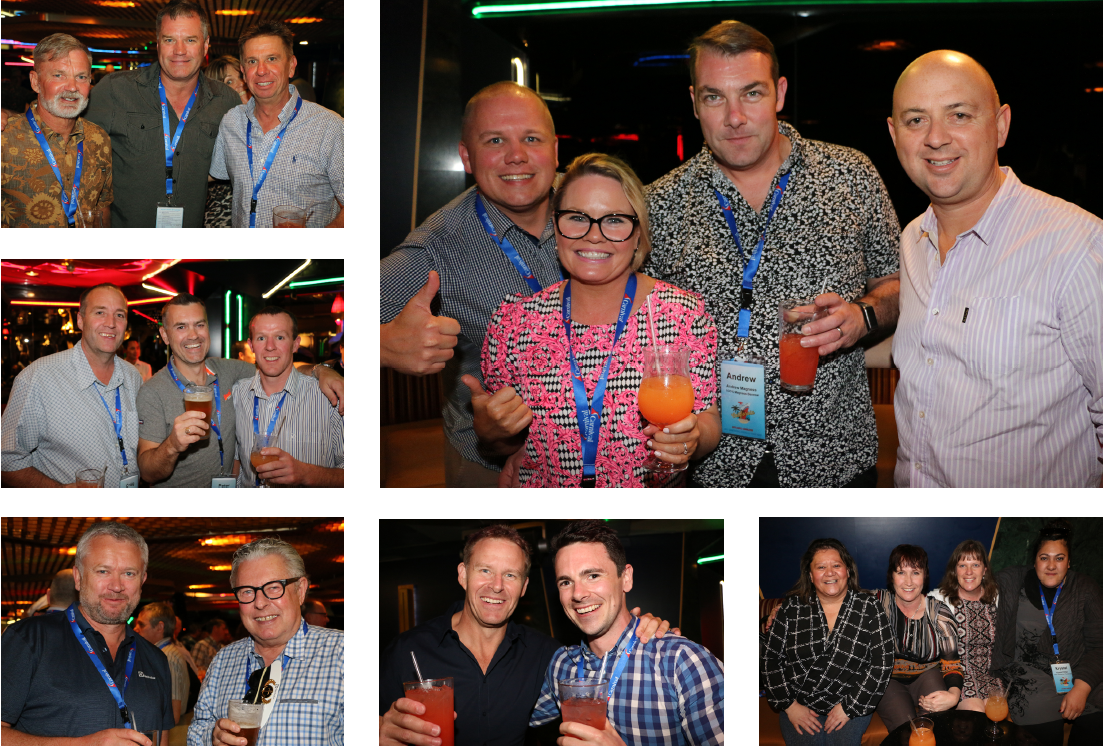 Bright and early the following morning (Friday), after some closed workshop sessions, Group General Manager, Nikki Shutkowski, opened general proceedings and presented the first of a series of company updates.

The bottom line? That Appliance Connexion goes from strength to strength, with growth in its core business, reduced operational costs and record returns.

Not only that but there’s a new product category – of which more anon – and new initiatives and disciplines to add value to the membership and to supplier relationships, new promotional activity to achieve cut-through in “a cutthroat industry that’s about to get noisier” and a more automated IT system for lower costs and provide faster, detailed information.

Said Nikki: “I am proud of our systems, processes and people and firmly believe that our exceptional central billing services add tangible and realisable value to all parties.”

Within the competitive market, Appliance Connexion “pulls its weight and adds value to the distribution channel”.

This confident, positive outlook was prevalent throughout the five-odd days of conference. “Do we have the best brands?” asked Nikki. “Hell yes!” was the response.

“Best in class IT system? Absolutely! Succession planning? Yes we can assist!”

And, picking up last year’s conference theme of “Acting as one”, Nikki reiterated the key to success as a cooperative: “Together we can achieve more and if we are achieving more we are demonstrating the power of acting as one.”

This strong opening was followed by Bryce Purdy, Appliance Connexion’s General Manager Merchandising & Marketing, who added some specifics to the group’s performance in the last year, which was strong and positive overall, despite a soft market.

Bryce too confirmed that change is firmly on Appliance Connexion’s agenda with a resolution to take action against “industry suicide” – a high volume, low margin model simply isn’t the way ahead, he said in no uncertain terms, adding that “a few extra margin points isn’t the answer”.

All of which led on nicely to a new opportunity – Appliance Connexion shareholders can now take advantage of the boosted margins offered in beds and bedding thanks to a new agreement with The Comfort Group for exclusive bedding products!

Bryce was confident that the addition of the Beds & Bedding category to the product mix would “inject a very welcome level of profitability and add security and value to the future viability – and saleability – of the shareholders’ businesses.”

He also touched on the roll-out of a bolder and more modern new 1OO% logo, including the “so-Kiwi” element of a silver fern, which would be gracing the national storefronts from 2018.

A mobile-friendly marketing strategy focused around social media is also in the works, which shows that Appliance Connexion has firmly set its sights on addressing and adding a younger audience to its customer base.

During Bryce Purdy’s session it quickly became clear that the fruits of the last year’s hard work were having a tangible effect, particularly in respect of two significant previously unidentified members adopting the new branding.

One who’s now persuaded of the 1OO% brand’s national power is Michael Walsh of New Plymouth’s Mason Appliances which is re-engaging with the brand some 12 months after going unidentified.

The other key announcement was that after a long period of consideration, Smith & Church had decided to join the identified members.

Indeed Alister Lilley, would the next day stand up and talk candidly about his reasoning behind his Ashburton business deciding to wear the 1OO% brand.

First however on Friday we heard from Royce Dimock (1OO% Dimocks Hawera & Whanganui), whose early adoption of and success in beds and bedding among the Appliance Connexion members has been influential.

Royce was followed by family Matthew and Megan Dimock with the heartfelt and at times emotional story of the pair’s last 10 years taking 1OO% Dimocks Stratford to a new level.

As with Dimock senior’s example, lots of ‘hard yakka’ and long hours was what made the renewal of the Dimocks stores possible, along with some much needed support from Appliance Connexion.

Next up was third generation retailer Andrew Magness (1OO% Magness Benrow) who talked about adding some retailing science to the store, along with sister, Catherine Magness.

Incidentally, it was 1987 when Andrew’s father, John Magness, and Adrienne Harrison started their radio adverts – how 30 years can fly by…

After lunch, with the ship now moored at Ensenada, Mexico, John Brown and Danny Tanielu of Beko treated delegates to an “Ensenada Experience”, complete with opportunities to sample the unique colourful retailing and local hospitality, followed later by dinner sponsored by Monaco Corporation and Frazer Kerr.

Saturday morning started off with Grant Morse talking about “The Narta ‘Connexion”, and John O’Leary and Ben Handy of Havas revealing some of the detail and science behind the new 1OO% social media initiative hinted at above.

Further member presentations followed, starting with a newer shareholder, Mark Milmine of 1OO% Thames and 1OO% Whitianga. Unusual amongst some of the longer standing members where retailing is in the blood, Mark’s business background is in mergers and acquisitions and it was informative to hear how he set about working on two such very different stores.

Young Retailer of the Year Finalist, Winston Lim (1OO% Lim Electronics), spoke about rejuvenating and reinvigorating his parents’ Manukau store, how they had worked to retain their loyal existing customers at the same time as bringing the 46 year-old premises into the modern world.

Alister Lilley acknowledged that Smith & Church Appliances & Beds’ adoption some time ago of beds & bedding (bringing with them favourable GPs), thanks, Alister says, was largely due to the encouragement of Carol and Royce Dimock.

The Ashburton retailer wishes he’d got into this new category 10 years ago: “My business could no longer survive on the margin dollars we were generating by selling appliances and electrical products,” he said candidly.

Alister also shared insight into his support and commitment to the store becoming an identified member, thanks to the new logo which provides a powerful loyalty connection for owner operators, the scale and strength of 1OO%’s national marketing, the benefits of a strong online profile along with innovative systems at Support Office.

Although Alister Lilley remains a firm believer in the importance of a store’s local connections, the level of national visibility being achieved by 1OO% meant he was: “delighted to be partnering with the 1OO% brand – I think it will be a winner!”

Having been so roundly energised, later Panasonic’s Stu Fowler and Carl Williams would treat us to some calming sunset cocktails and then dinner…

Of showtime and gorillas

The next day, Sunday, we swapped the boat for the elegant period stylings of the Fairmont Miramar Hotel & Bungalow on Santa Monica’s famous Wilshire Boulevard and just across the road from the beach.

The first of a trio of top keynote speakers was the equally energising Rob Stevenson of Seeking Excellence (www.robertstevenson.org), who talked to “How the best get better”.

Sponsored by Darryl Rochester, Vaughan Eustace and Steve Rowling of Black Diamond Technologies, Rob addressed issues of how to compete against bigger competition. It boils down to how the customer is treated – you need to be nice and knowledgeable, if you’re not you’re just offering a commodity.

Treat your customers like guests, touch their minds and their hearts – learn about your customers (and not just the products), so you can offer them better service and experiences.

There’s a Chinese saying that a person without a smile should not open a shop. It literally is “showtime” every time you open the doors!

“Retail isn’t dead – What’s dead is retail as we know it” was delivered by the familiar personality Jim Dion of Dionco Inc (www.dionco.com).

Sponsored by Samsung and addressing the gorilla in the room – Amazon – Jim put it that “quite a number of other retailers have plenty of ideas how to deal with Amazon’s competition and are doing it with respectable success.

“And so are plenty of independents who know that to get to their customer’s heart and wallet today is about creating frictionless experiences and bringing theatre into their store. Now, the question is: Can you?”

Sponsored by Darryl Robinson and Brendon Horgan of BSH Home Appliances, this diminutive, but animated and highly amusing presenter’s premise was that “Great service serves the server first”

Great service isn’t about giving anything away for free, he said, it’s not about Mickey Mouse turning up, or fireworks but that “a moment is facilitated between two people” – a connection is made.

On behalf of the Board, Chairman Peter Drummond closed the day’s proceedings, with the sun setting, Fisher & Paykel Appliances invited delegates to a Santa Monica Soirée, joining Mark Baillie and Olly Sundstrum for a stunning California beachside experience.

Reflecting on a positive experience

Monday morning’s breakfast was thanks to Sunbeam followed by time to visit some of the famous local retailers in the form of the Beko Retail Study Tour of the Third Street Promenade and the world-renowned Santa Monica Place shopping mall.

Waiting at LAX to fly back to New Zealand late that evening brought with it time to consider the past few days’ events and discussions.

What sticks in my mind to this day is the level of positivity around the event, the new ideas and impetus being added in the form of new branding, systems and initiatives and the injection of fresh blood in terms of new younger owners and newly identified members.

I think Alister Lilley summed up this year’s conference in a nutshell when he said: “I think we’re in a fantastic space – I think it’s the time of the independent again. There are some great opportunities – so long as we do act as one!” 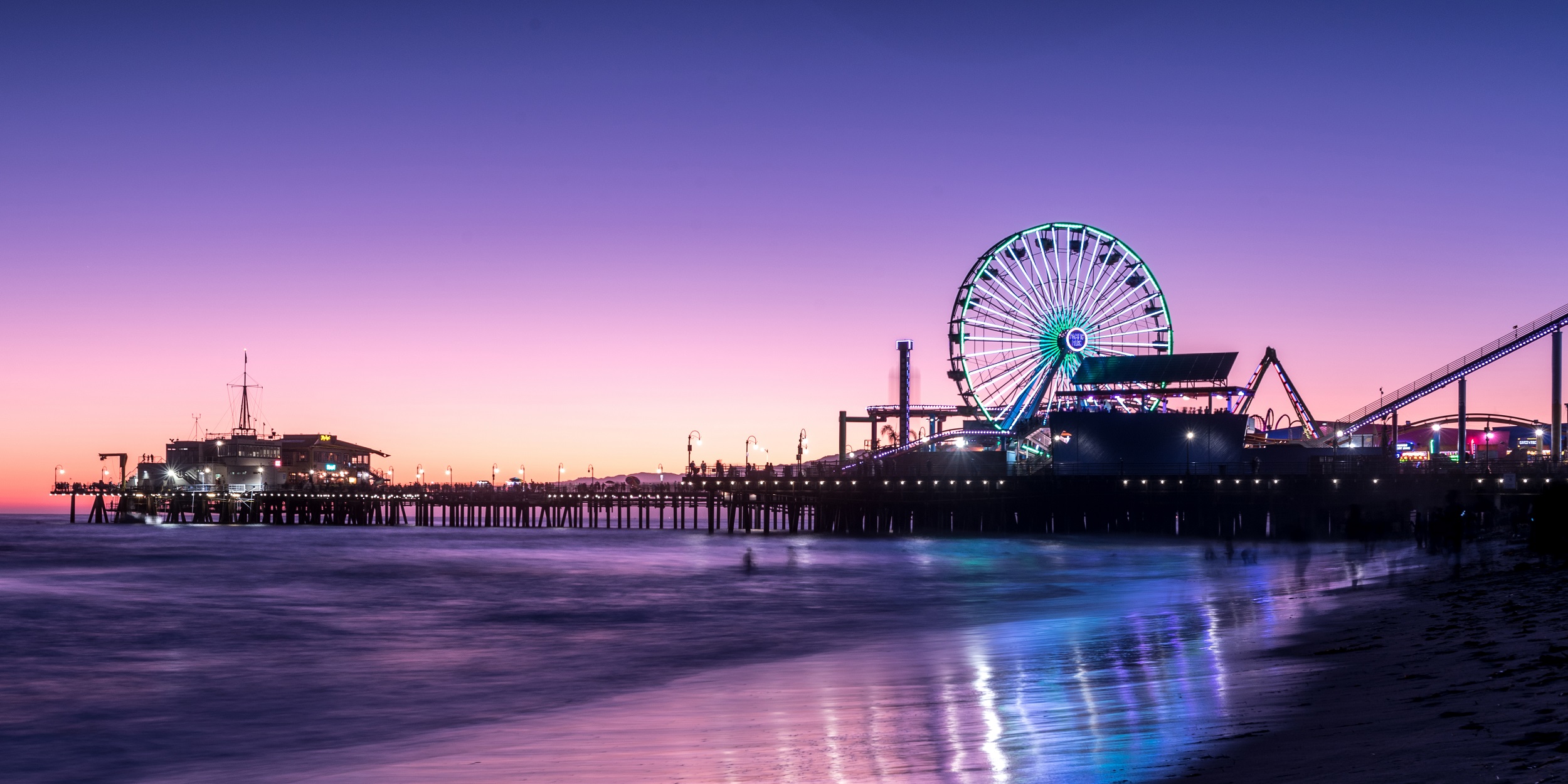