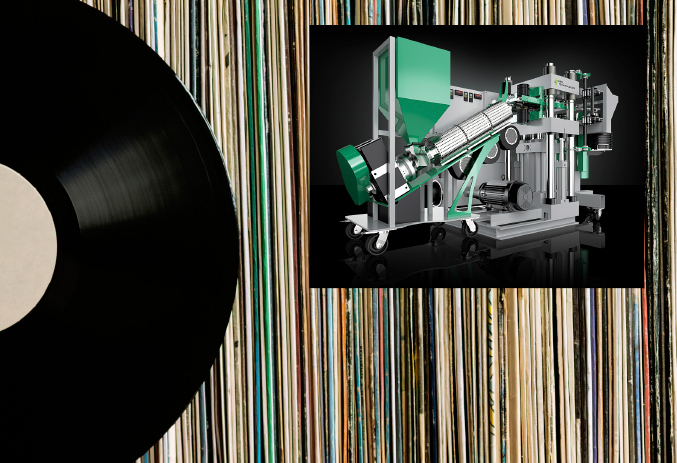 Touch me, see me, feel me – is vinyl growing stronger than ever?

While much of that is down to streaming music services taking away business from digital downloads, the vinyl trend cannot be ignored.

In fact demand for the round acrylic discs is so high that the recently dusted off but rather old fangled vinyl pressing technology is hard pushed to keep up.

Which is where Canada’s Warm Tone record press by Viryl comes in, offering the “best features of existing record pressing machinery” at the same time as increasing the speed of creation and reducing bottlenecks.

Key advantages of the Canuck pressing technology include unattended operation with one operator able to run up to four machines. A semi-automatic mode also allows for customer runs, picture discs and more intricate details.

“Why vinyl?” I hear you ask. In the age of Spotify, what is attracting people to a bulky, inconvenient and more expensive way of listening to music?

A recent study by Dr Karen Fernandez, Associate Professor of Marketing at the University of Auckland Business and Prof Michael Beverland of the Royal Melbourne Institute of Technology, asked that very question of vinyl collectors.

Interviewees said the medium’s physicality offers them a more emotional and authentic connection to the music and the artists and that people still want a connection to material things as opposed to the abstraction of digitised music.

“People want to be able to display their identity through the objects they own to themselves and to other people. I don’t think that’s ever going to change,” says Karen Fernandez,

Cover art also adds another dimension to an element effectively lost in digital music, along with the thrill of the hunt that collectors felt when searching for rare finds with many enjoying the ritualist aspect of finding, collecting and playing vinyl.

In fact many complained that digital music was simply too easy.

Fernandez offered this final summation for marketers: “Be wary of what you lose when you miniaturise and digitise, because you lose that whole dimension of physicality. And never underestimate the critical role that physicality plays in creating connections between people’s sense of identity and objects.”

Report reaffirms that digital services are driving the entertainment market

Music, video and games in the UK reached record sales of £6.3 billion last year, +3% on 2015 and over £1 billion more than they were as recently as 2012 according to figures from the Entertainment Retailers Association (ERA).

Booming digital services are being seen as a major factor in these increases.

2016 saw the video market for the first time became the majority (58%) digital business with revenues from DVD and Blu-ray discs exceeded by downloads and subscriptions.

Music was the fastest-growing sector with total music at £1.1 billion, up 4.6% on last year with a 65% increase in streaming music subscriptions.

Physical music sales were down 7% and downloads down a dramatic 27% having been cannibalised by streaming services.

The team at Digital Logistics is happy to report that Riva Audio was named among the Innovation Award Honourees at CES 2017 for its Arena and Festival speakers from its upcoming Wand Series of products.

Available later this this year, the Wand Series is “a customizable multi-space audio system that delivers high-quality, patented stereophonic sound from each single speaker.”

Monster, the well-respected purveyor of high quality headphones, speakers, HDMI cables, and power solutions recently announced that it is engaging in a partnership with international mobile services company Brightstar Corp, creating a greater reach for Monster products to up to 55 countries.

Monster will also design and engineer a new line of digital and Bluetooth headphones for Brightstar as part of the new collaboration.

Monster CEO, Noel Lee, had this to say about the new deal: “We are excited to have Brightstar as a partner for our new state-of-the-art audio products that enables us to extend our global channel footprint into new and exciting channels.”

At the same time, “Monster will be the focus of Brightstar’s expansion into high-performance audio products, especially for the mobile channel.”

Are we a step closer to high-resolution streaming as standard?

While many of the labels have been interested in high-resolution for some time, the agreement with the other players, particularly the digital distributors, takes high-resolution audio streaming one step closer to being an industry standard.

However, Apple Music and Spotify (which already offers its own high-resolution audio tier) two of the biggest players in streaming audio, were not involved in the announcement.

At present Spotify, Tidal and Deezer already have high-resolution subscription tiers (though some debate how “hi-res” these really are) and it is thought that this will become standard practice.

Apple is also thought to be working on its own high-resolution streaming service.

Perhaps the loudest proponent of high-resolution has been music legend Neil Young, whose hi-res PONO player launched in 2015 but failed to be widely adopted – most likely because the Toblerone shaped device didn’t offer streaming options!

It’s widely rumoured however that PONO is now working to create its own high-resolution streaming service. 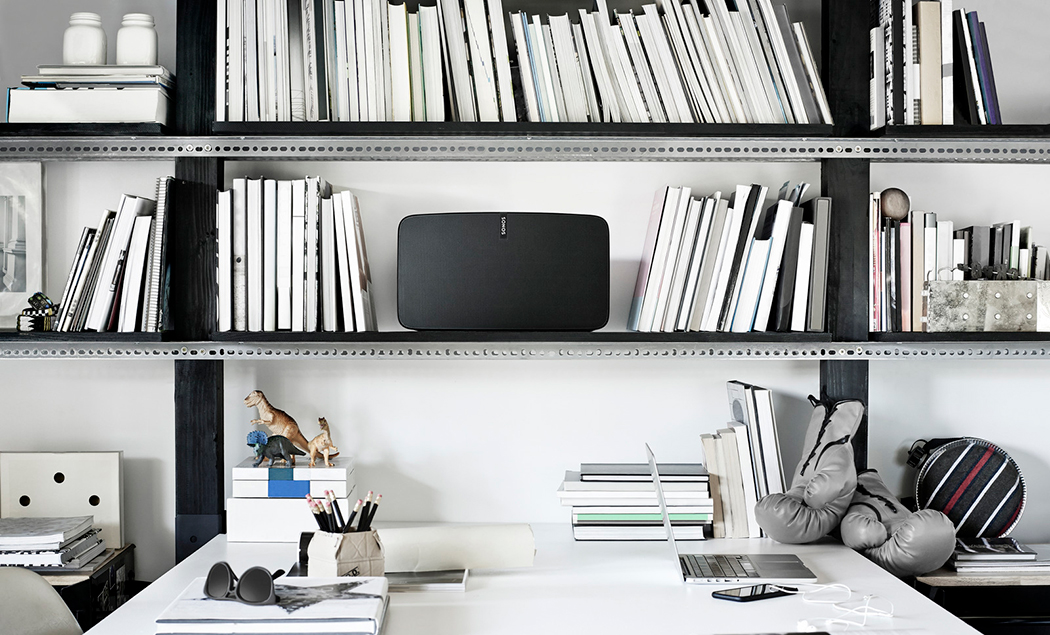 Sonos to incorporate Alexa (and other voices?)

Sonos, one of the biggest players in multi-room wireless audio systems, has announced that it is working on the creation of a speaker that incorporates Amazon’s Alexa voice controlled personal assistant service.

This means that not only will you be able to receive your music anywhere but now you will be able to talk back to the Sonos system, controlling music choices as well as getting news, weather and any other services that Alexa offers.

Sonos doesn’t plan to put all its eggs in one basket however. In fact Sonos CEO, Patrick Spence, has announced that eventually he would like Sonos to support multiple services so users could use both Amazon and Google Home services with the same set-up.

At this year’s CES, Sony’s President and CEO, Kazuo Hirai, announced the company’s new range of BRAVIA OLED televisions that will be ranged in New Zealand this year. The new OLEDs feature over 8 million self-illuminating pixels precisely and individually controlled by the 4K HDR X1 Extreme processor, Sony’s most powerful processor yet. The screen is edged with a slim narrow 4 side frame to maximise viewing area and all back cables are hidden in a back cover that also serves as a very slim stand making this one of the most versatile TVs to fit modern minimal interiors. As Android TVs, the BRAVIA OLEDs will also offering plenty of smart options and voice control options via Google assistant.