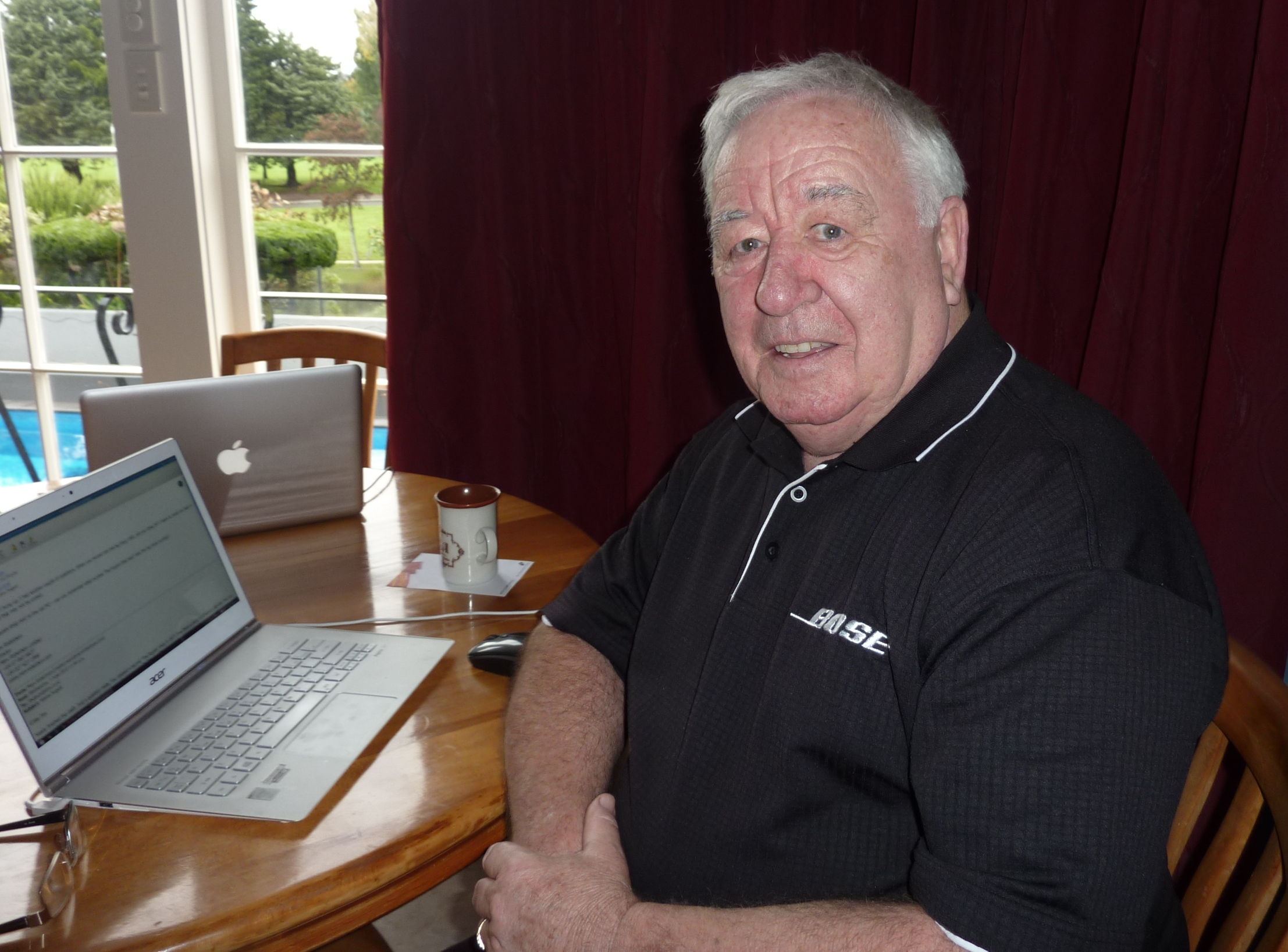 And of course those of us who were privileged to be associated with him, either within the appliance and consumer electronics fraternity or even better, also as mates, know that Jim epitomised those terms of endearment.

Sadly, he died suddenly at his home on 15 January.

It was 1956, back in his homeland of Scotland, when Jim started out as an apprentice radio & TV technician before emigrating to New Zealand with his family three years later.

There he joined Borham’s Radio Service and then founded Manawatu Sound Service on Ernie Borham’s death in 1960.

In 1963 he purchased Downs Radio, a PA business in Marton, but it was 1967 at the age of 26 when Jim became a full-scale retailer buying Rexels on Palmerston North’s Main Street.

Jim bought the Watson Bros building at 116-120 The Square in 1982, fitting out his new building with sound rooms, a computer section and for the first time, a whiteware showroom which was stocked with a range of Simpson appliances.

A decade down the track he acquired Central Power’s appliance retail operation, becoming a Fisher & Paykel dealer in the process.

However, as whiteware destinations in the town proliferated, MTV changed tack and selected Whirlpool as its sole whiteware supplier, a business relationship Jim once described as, “A breath of fresh air.”

Then, in 2002, sick of falling margins and constantly being hounded for greater discounts, he sold the big shop and consolidated his business back to where it had all begun, at 34 The Square.

Whiteware and appliances were discontinued and profitability was restored through carefully selected TV, audio and musical instrument brands.

Jim’s legacy lives on to this day, by the way, with the shop still operating under the ownership of a trust bearing his family name.

Outside his business, Jim was quite the entertainer in his early days (in fact, several of us can remember him in full flight at industry social events as well) and led the popular band, aptly known as Jim & the Jets which entertained the good folk of the Manawatu in the great rock & roll era of the 1960s.

No prizes for guessing who the lead singer was...

He was a two-term President and on his retirement from the Board was elected as a Life Member.

On behalf of the industry, Wares extends deepest sympathy to Jim’s partner & fiancée, Margaret Smillie, his daughter Mandy and all the extended family.

In August 2015, we profiled Jim Bulloch in our "Where are they now?" series.