ROLLING BACK THE YEARS TO AUGUST 2003 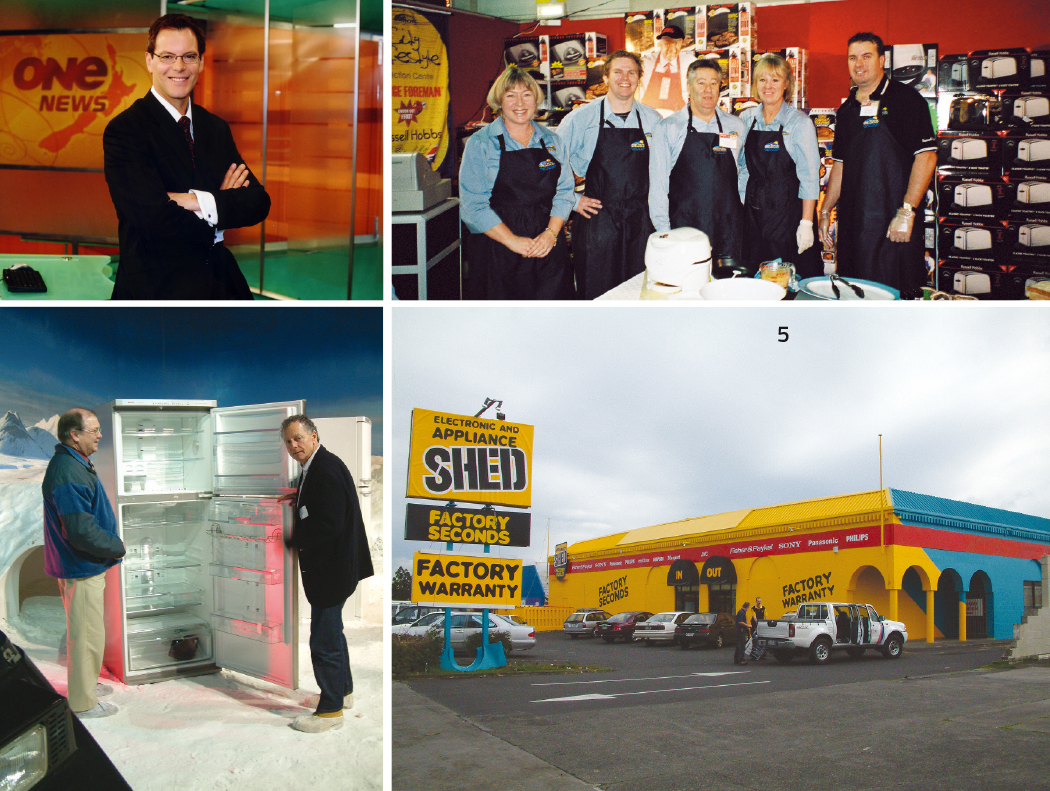 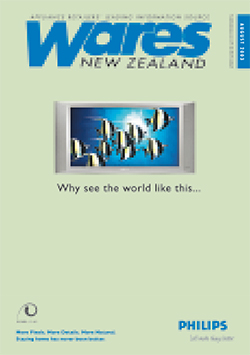 In August 2003 (then as now!), Europe was gripped in the grips of a heatwave with a high of 38°C recorded at Heathrow.

The Editorial 15 years ago looked at where non-traditional retail operators might make inroads into our market, especially in whiteware, what with Progressive Enterprises seriously looking at whiteware and large appliances already in some hardware stores.

Well, the supermarket thing still hasn’t really happened, but hardware sure has grasped the nettle and, from where I sit, seems to be getting stronger.Question is, are the hardware stores taking market share or are they in fact, growing the market? You tell me.

Introducing the Wares Awards – 2003 marked the launch of the reconstituted industry awards, henceforth known as the Wares Awards, and the inaugural event was publicised in the August issue.

The MC for the gala dinner at Auckland’s Carlton Hotel in October, was TV1’s Simon Dallow, who made several classy appearances in the role over the years and reminded us, on more than one occasion, that he used to work at Bond & Bond and had sold one of the first VHS VCRs in Auckland!

Introducing… Bosch! – These days, Bosch whiteware is part of the appliance landscape but arguably it was only in 2003 that the famous brand got serious about New Zealand. Wares covered the introduction, saying: “The refrigeration market is set to heat up with the release of the new Bosch range from Europe’s market leader.”

Appropriately, the show was held at the Antarctic Centre in Christchurch and, with the refrigerators displayed in minus 20°C temperatures, it must have been a night to remember.

The financial commitment was said to be “huge” and was wrapped around a 10-year plan. Step one was a focus on High Definition products, featuring the world’s first HD digital video camera.

Wares reported the Auckland launch was attended by a large number of industry leaders who enjoyed the “fast-paced and professional format” created by JVC NZ’s General Manager, Stephen Hodson.

Stephen is now Director/GM at Fujifilm.

It’s a knockout! – With the headline “George Foreman knocks out Wellington”, 15 years ago we wrote about a massive promotional campaign for George Foreman products with demo teams from Salton running cooking demonstrations simultaneously at several stores around the city, over the course of a week.

Paul Holdsworth was Salton’s New Zealand National Sales Manager back then and was pleased as punch with the results and the increasingly high profile the George Foreman brand was enjoying.

Today, Paul is Sales Manager at Speed Queen, apparently “the largest manufacturer of commercial laundry equipment on the planet.”

Farewell Appliance Shed – Dave McNeill (“Where are they now?” June 2014) and Mark Campbell launched Appliance Shed back in 2003. It would become a very strong independent with stores in Henderson, Glenfield, St Lukes and Manukau after opening the first store in Kolmar Road, Papatoetoe.

As an unidentified member of Appliance Connexion, the Shed concept was a low-cost operation selling “famous brands” at low prices, the perception being something of a clearance house.

In August 2008, marking Appliance Shed’s fifth year, we described Dave and Mark as “Two of the most experienced and canny appliance operators in town,” and four years later they would sell the business to DTR.

Today Dave keeps his hand in with some consultancy projects while Mark describes his days as “just buggering around looking after my ill-gotten gains.” He’s also doing a fair amount of fishing.

Although its founders continue to flourish, sad to report that Appliance Shed will soon be no more. Following the Warehouse Group’s acquisition of the Shed’s assets from the Fox Group in July, the yellow sheds will soon be repainted red, ready for their new purpose as Noel Leeming Clearance Centres. 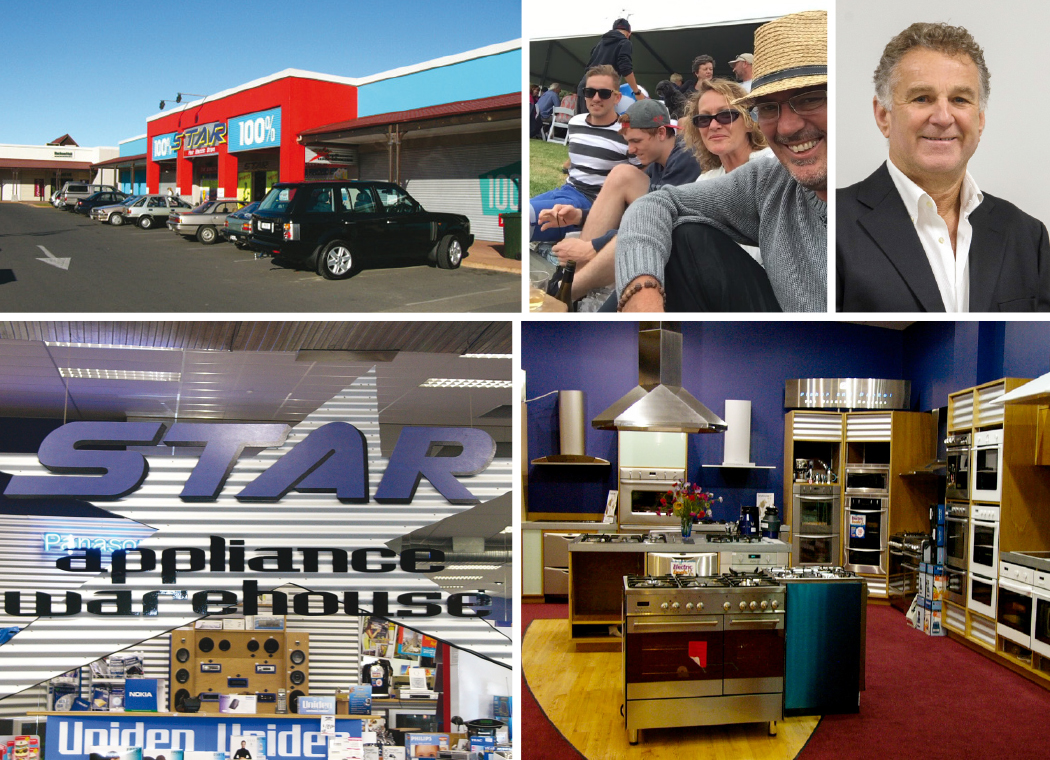 Stars of Rotorua – Established Rotorua mega store Star Appliances was the August 2003 JVC Retailer of the Month. Trading under the 100% Your Electric Store banner, Paul Sanford and Grant Kilby were “adding a new dimension in marketing home appliances in Rotorua, if not New Zealand”.

Paul believed being locally owned and operated was an important part of the mix, whilst not losing sight of the fact that customers shopped around. Hence great emphasis was put on building trust and creating a fine shopping experience.

Paul is now one of Harcourts’ top commercial real estate practitioners with wife Dee at his side, while Grant and his wife Cathryn own the Hahei Holiday Resort.

Movers & shakers – 15 years ago, Sharon Brooksmith had joined Marketplace Press as a Sales Executive and Donald Macdonald (above left) had moved to Whirlpool as Business Development Manager.

Sharon (now Sharon Exley) is in Melbourne where she is Account Manager for Midway Print Solutions while Donald runs his own lawn and garden care business in Auckland.

In August 2003, Direct Imports promoted Adam Turner from Sales Representative to Account Manager and moved Damian Riches (both above centre) from the Help Desk into Adam’s previous job, covering Central.

Adam and Damian are both still at Direct Imports, as National Sales Manager Consumer Electronics and Product Development Manager respectively. In fact, Adam has now ticked off 20+ years at DI and Damian is about to – congrats to both.

Back to August 2003 and Kellie Isaacs (above right), who had been welcomed into the Group SEB team as Territory Manager for the Upper North Island.

Kellie is into something completely different now, as Sales & Marketing Manager at Gellert Nurseries in Drury.

Look out for more looking forwards and looking back in the November magazine.

In the meantime, you can see all past instalments of "Rolling back the Years" here.