ROLLING BACK THE YEARS TO AUGUST 2008 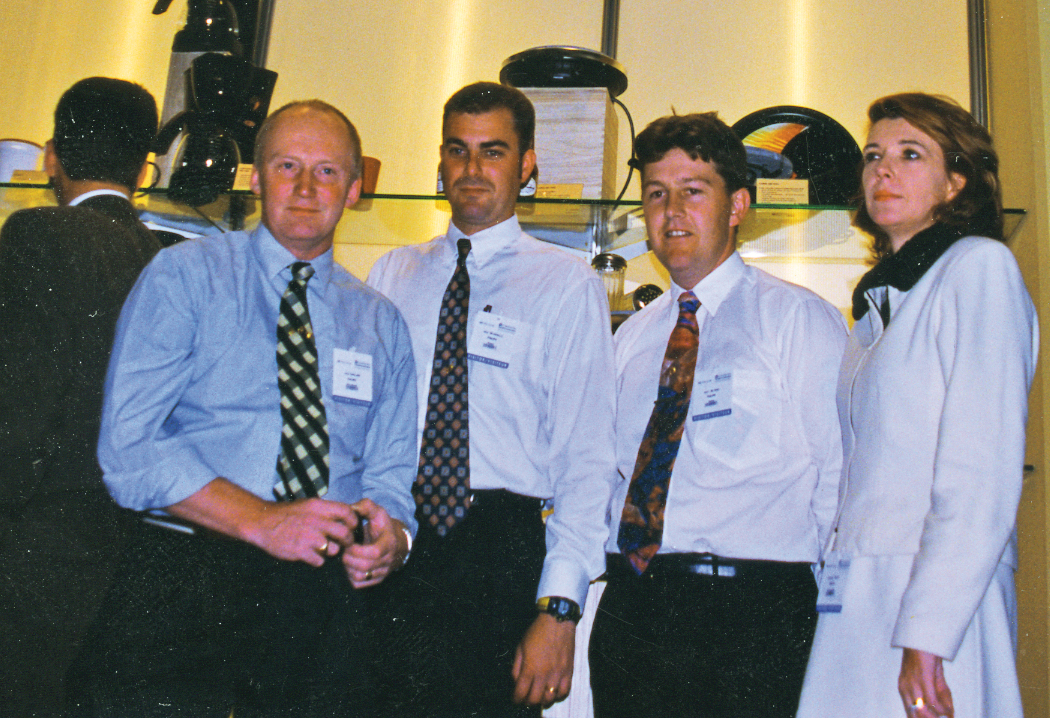 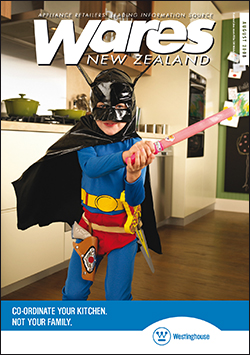 Moving on another five years, August 2008 was dominated by the Beijing Olympics and for us, gold medals were won by Georgina & Caroline Evers-Swindell, Valerie Vili (now of course, Dame Valerie Adams) and Tom Ashley (men’s sailboard). Kiwis also picked up two silver and four bronze medals to finish 25th on the medal table.

The Editorial marked the passing of the highly engaging and likeable Young Retailer of the Year, Scott McIsaac, the Manager of Bond & Bond Napier and Territory Manager for Hawkes Bay and Gisborne. Scott was sadly killed after losing control of his motorcycle during a tour of the Coromandel.

“The Synergy of Sport” – This was the title of a lengthy article highlighting the whys and the wherefores of industry players and sports sponsorship.

By then, Philips had been the principal sponsor of the All Blacks for 15 years and for good reason. Indeed, Trade & Customer Marketing Manager, Caroline Rainsford, said: “Rugby is good for business”, adding that Philips’ market share increased over the rugby season.

Later, Caroline would have five years in senior marketing roles with Philips for the Middle East, Turkey and Africa before returning home where she had time with GE and Latitude Financial Services. She’s now Google’s New Zealand Country Director.

LG was involved with netball’s Northern Mystics, Super 14 rugby, motorbike racing and snowboarding, the latter being part of a global multi-year deal with New Zealand to host the first event in the LG FIS Snowboard World Cup.

Kane Silcock was LG’s Marketing Manager at the time. He went on to join Progressive Enterprises before joining Fonterra in 2014, where he is now Global Sponsorship Manager.

Samsung was not only a worldwide Olympics Games partner but also threw its weight in behind the New Zealand team for the Beijing event in 2008, sponsoring the Evers-Swindell twins.

Turning to retail, Noel Leeming was also in the game as an official retail partner to the New Zealand Olympic Games team. 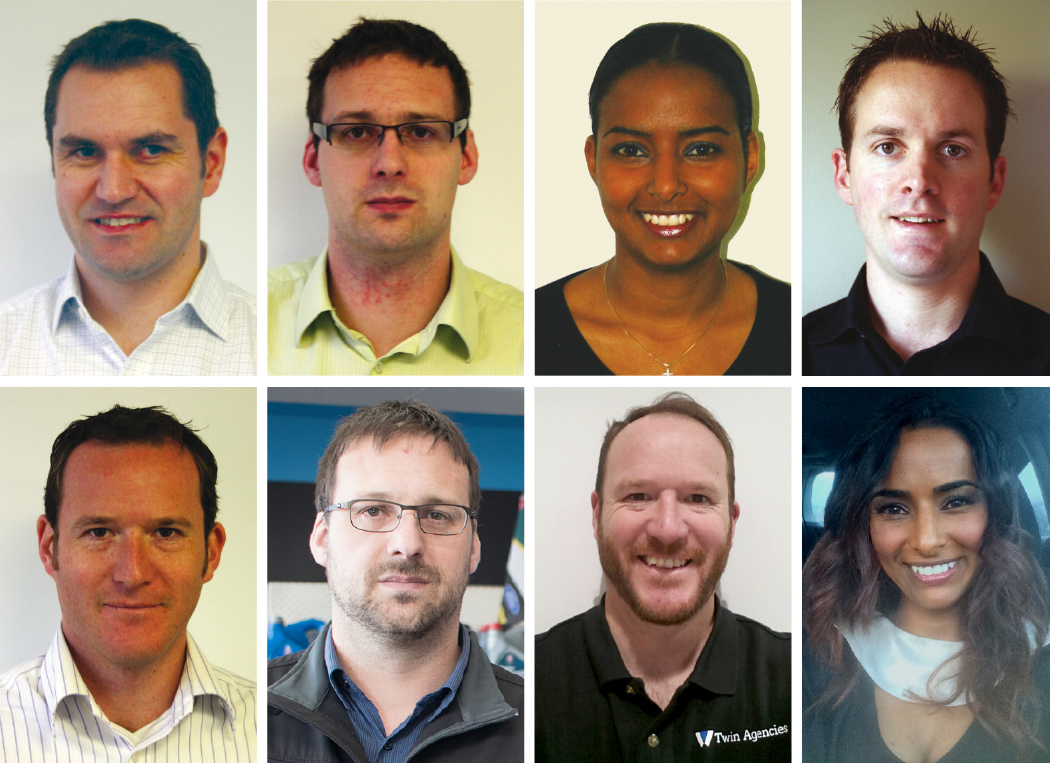 JVC does its own thing in NZ – By August 2008, Hagemeyer had been representing JVC in New Zealand for 50 years but changes were afoot after Hagemeyer closed in March.

Although the team was actually from Chris’ newly formed business, Endurance Agencies, although in the interests of continuity, billing remained with Hagemeyer Australia.

Tracking down that team, I note that Chris is still Managing Director and owner at Endurance Agencies, James is Partnership Director at Outdoor & Cycle Concept in the UK and Mike is Sales & Marketing Manager at Diesel & Turbo in Wellington.

Today, Brennan is an Account Executive at Twin Agencies and Monique is a qualified Paramedic with St John, having graduated from Auckland University in 2016 and recently completed a nursing degree to boot!

Dave Hargreaves was NLG’s GM Ops back then. These days, Dave is the Owner-Operator of Mitre 10 MEGAs in West Auckland’s Westgate and more recently Lincoln Road.

10 years ago, Harvey Norman Electrical’s conference was in Queenstown.

At the Gala Dinner at Coronet Peak, Invercargill Mayor, Tim Shadbolt, gave a typically rousing and laughter-filled address and, between courses, corporate entertainers “The Outwits” posed as researchers to take the Mickey out of several attendees including Christine Johnston, Brett Avery, Frazer Kerr and Karl Searle. 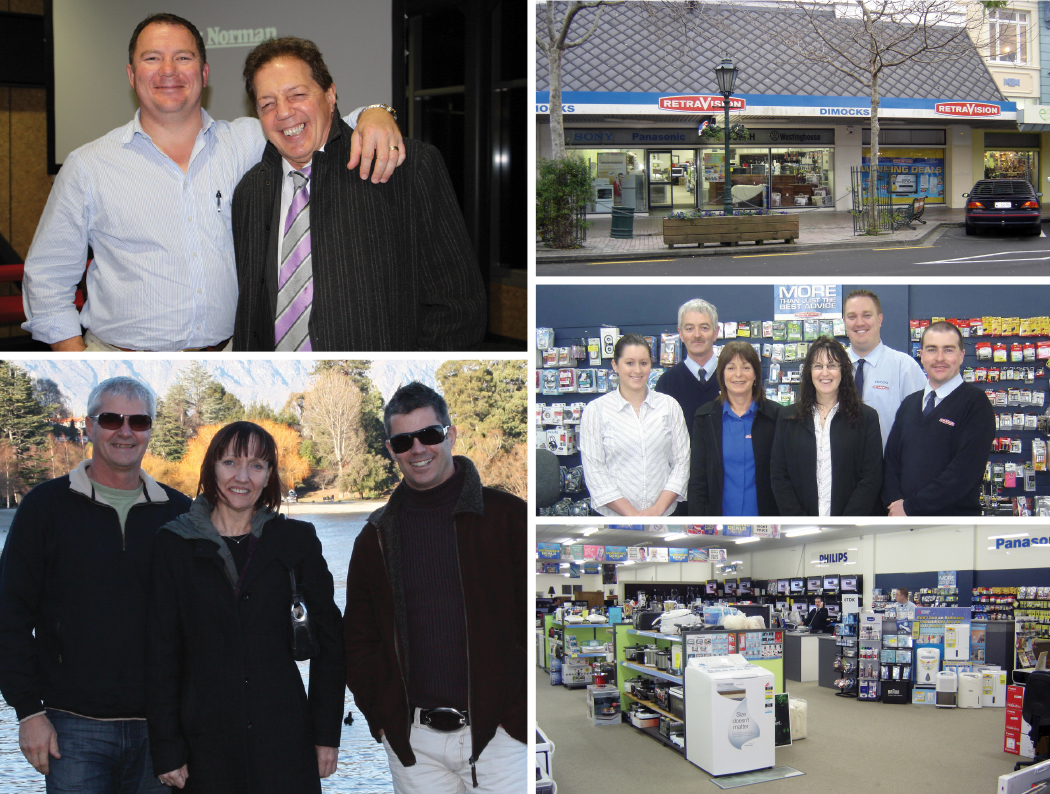 A family affair – “Wanganui people, Wanganui proud” was the headline for an article around Dimocks Retravision, today trading as 1OO% Dimocks.

The headline was in fact, a phrase that Royce Dimock swore by and, as the story said, it was no surprise that Wanganui was one of a trio of traditional, Dimock family-owned businesses which ran as a single, fluid operation.

Royce’s father, the late Maurice, had founded Dimocks Electrical in Hawera back in 1950.

Royce and his wife Carol opened Wanganui in 2002, bought Hawera from brother Wayne Dimock and his wife Anita in 2006 and sold Stratford to son Matthew and wife Megan earlier in 2008, ensuring the small group remained a family affair.

Royce to this day holds close the same philosophy he espoused in 2008: “The difference between a successful and unsuccessful retailer is enthusiasm for the business.

“You have to live and breathe it. You have to want to be there and do it, not five days a week, but seven. If you are really keen to do it and want to do it, and are fired up about it, you will be successful. It’s as simple as that.”

Clark Ellery of 100% Ellerys had been appointed to the Appliance Connexion board and St John Vuetilovoni joined Rinnai from F&P, as Export Manager.

Clark is out of the appliance industry now, running Ellery’s Roofing Direct while his brother, Tony, looks after 1OO% Ellery’s, and St John is Product Marketing Manager at Aeroqual, which is in the air quality monitoring business.

10 years ago, Appliance Connexion had two new recruits in David Williamson, Category Manager for AV and IT and Jeremy Williams, who became IT Systems Manager and a member of the senior management team.

David these days is Head of Retail, Purchasing & Ecommerce at Peter Stevens Motorcycles in Melbourne but Jeremy is still with at ACL, as IT Manager.

Riley Gibson had joined Monaco Corporation back in 2008, as Territory Manager for the upper South Island but after two years he went to the UK, becoming Key Accounts Manager for D&M Holdings, looking after Denon and Marantz.

Now, however, you could say, he’s “living the life of Riley”. After getting a taste of superyachts he got his engineer’s ticket, so for the past six years or so he’s been a man of no fixed abode, working on an American superyacht and rubbing shoulders with the rich and famous, last heard of in Rhode Island.

So, that’s August come and gone. Tune in for November’s version of “Rolling back the Years” when we catch up with who won what at the Wares Awards in 2003 and 2008…

The next "Rolling back the Years" instalments will be online during November.

In the meantime, you can see all past instalments of our "Rolling back the Years" series here.