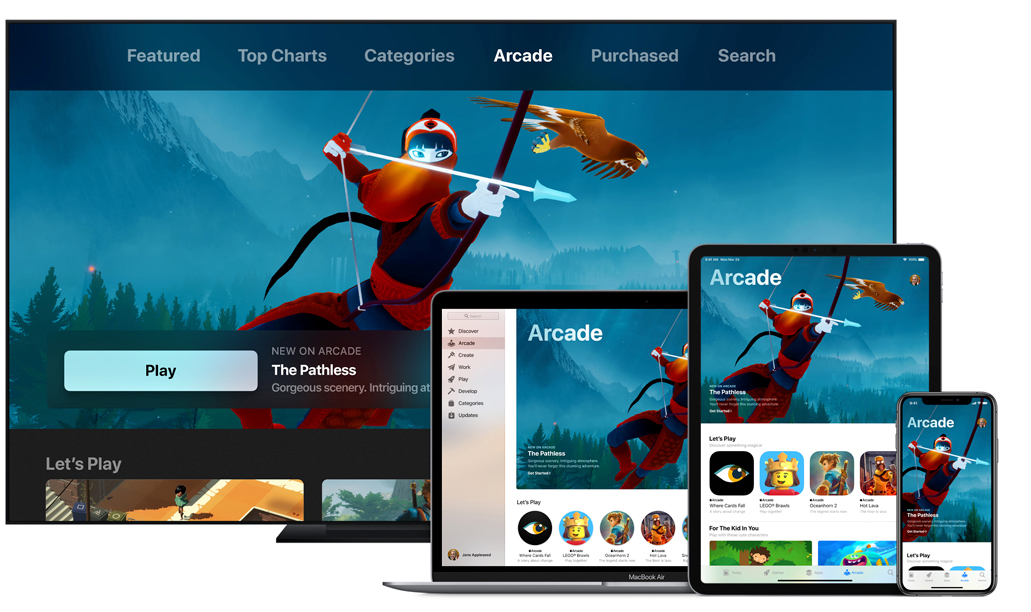 In March, two industry giants – Apple and Google – revealed their plans to shake up the gaming world.

Apple revealed Apple Arcade (no firm launch date as yet), while Google previewed Stadia (which is due this year).

Although using different commercial models, both are clearly designed to take control of gaming away from the traditional console makers.

Talking of which, we will not see the Sony‘s next-generation PlayStation system (promising a new AMD chip, 3D audio and much-improved graphic performance) until next year, probably not until April 2020.

Apple Arcade offers “all you can eat”

Designed to keep users within the Apple ecosystem, Apple Arcade is an “all you can eat” or flat fee subscription model to “100 new and exclusive games” that will be playable across iPhone, iPad, Mac and Apple TV.

Every game will include access to the full experience (including all game features, content and future updates), so no additional purchases will be required, plus every game will be playable offline (unlike Google’s streaming model).

Many if not all games will offer support for game controllers.

Apple Arcade will launch “later this year” from a new tab on the App Store across iOS, macOS and tvOS.

No price has been announced at this point.

Although there are few concrete details as yet around Google’s Stadia system, we know it will be a cloud/browser-based system, meaning you only need a controller to play the games.

Initially, Stadia Games will be playable through the Chrome browser (i.e. on any PC or Apple computer), although Google says it does have plans to make Stadia compatible with “more browsers and platforms over time”.

Stadia will also be playable on Chromebooks, through a Chromecast (opening play up to any TV) and Pixel smartphone and tablet devices (with presumably other Android devices also being included at some point).

In terms of gameplay quality, best get that fibre installed if you haven’t already, to make the most of the cloud computing power that Google says will be the equivalent of more than the PS4 Pro and Xbox One X combined.

Quality of Gameplay will be key to Stadia, about which says Google: “Our goal is to make those games available in resolutions up to 4K and 60 frames per second with HDR and surround sound.”

Although Google has revealed it will be selling its own Wi-Fi connected controller (above), it has also astutely revealed that Stadia will be playable using PlayStation 4, Xbox One or Nintendo Switch controllers.

The standard looking Google Stadia controller will include a button for instant screen capture, saving and sharing gameplay (in up to 4K) and also comes equipped with a Google Assistant button and built-in microphone.

Stadia will launch this year in the United States, Canada, the United Kingdom and Europe.

SLINGSHOT GIVES A LITTLE BACK

With 500 limited edition units of each design available when customers sign up for an internet plan, Slingshot has pledged to donate a minimum of $5,000 to each of the celebrity’s chosen charities.

The chosen charities are Koha Kai, focused on giving meaningful work to people with disabilities and producing food for children in lower decile areas, HURRAH, a dog rescue facility, the Cholmondeley Children’s Centre and The Aunties, an organisation that supports vulnerable women within the community. 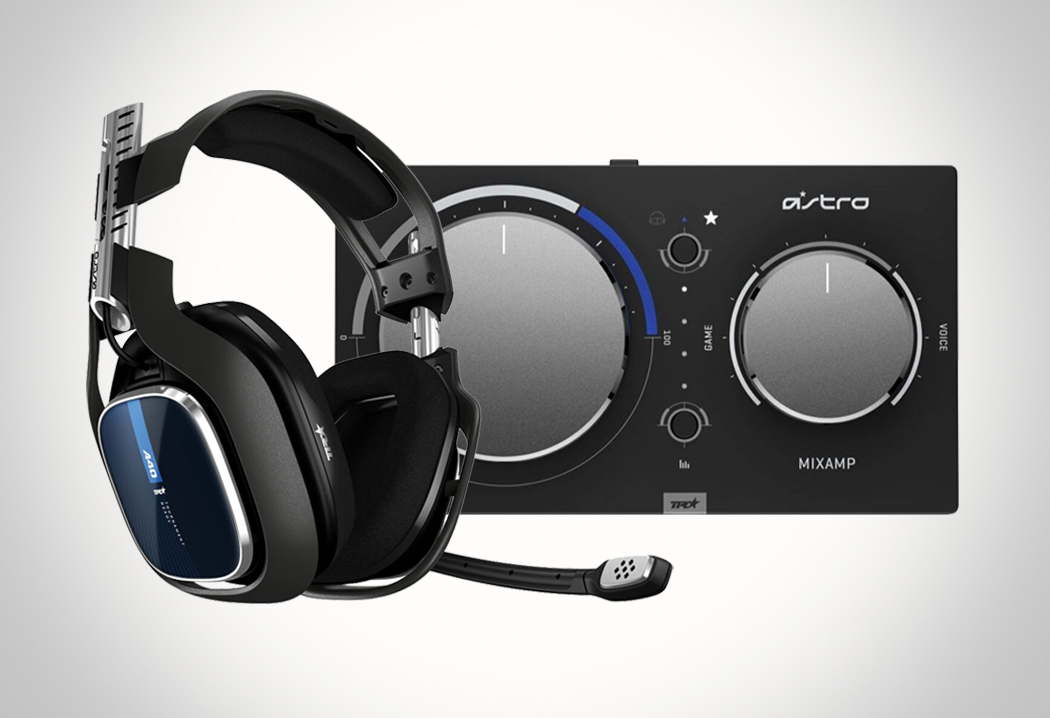 This collection of products, designed for Playstation 4, Xbox One, PC and Mac users was developed to meet the rigorous standards of professional gamers, delivering immersive game audio, top performance, comfort and durability.

The ASTRO A40 TR Headset is an ultra-comfortable open-back headset, featuring a swappable precision mic and customisable speaker tags which can also be converted to a closed-back noise-isolating headset by adding a Mod Kit (sold separately). 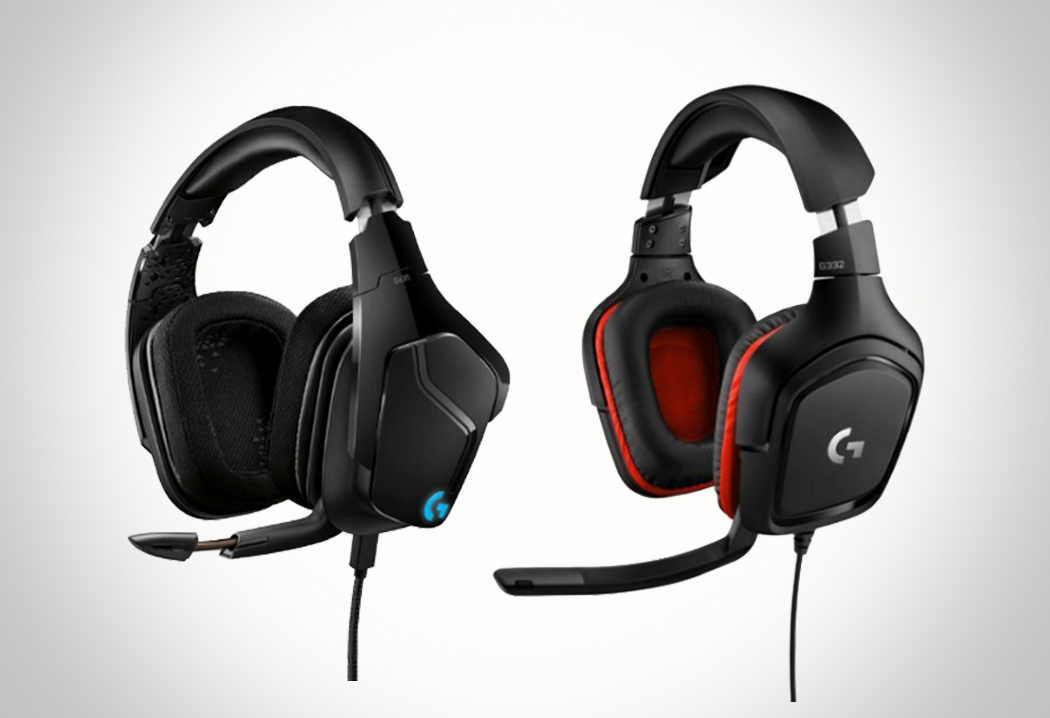 Logitech G, a brand of Logitech, has introduced a new line-up of gaming headsets For gamers looking to joosh up their battlestation, the Logitech G935 7.1 LIGHTSYNC Wireless Gaming Headset (left) delivers superior audio and amazing RGB lighting and is the first in a family of headsets to feature Logitech G’s exclusive Pro-G 50mm Audio driver and LIGHTSYNC technology offering customisable illumination that’s synchronised to content.

For players joining the Battle Royale ranks, Logitech G delivers the new G432 7.1 Surround Gaming Headset and G332 Stereo Gaming Headset (right). These headsets give every player “a definitive audio advantage” along with premium comfort at a price that doesn’t break the bank.