Far from par for the course!

Globetrotting Denise Langdon is the subject of this month’s closing article. Merv Robertson finds out where she is now . 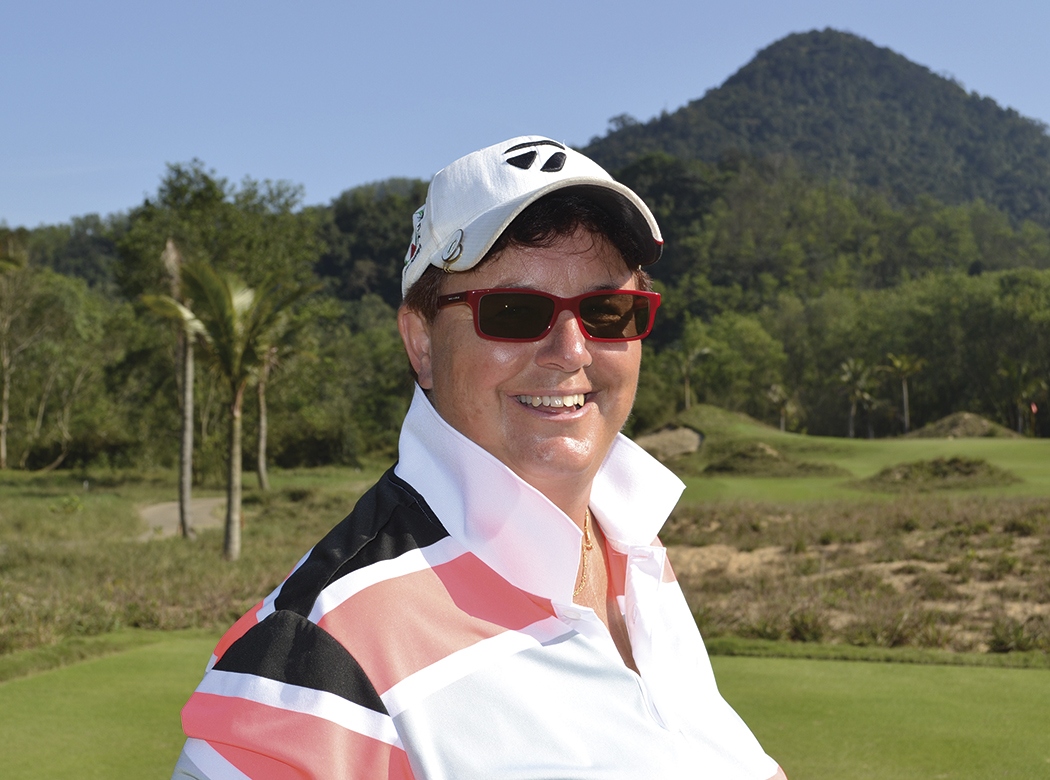 On leaving Onslow College, Denise Langdon enrolled at Victoria University to study law. But sales & marketing soon became her interest and she quit Vic for a cadetship at AHI Hygrade Packaging, graduating to a rep’s job.

In 1983 Denise spotted an ad for a Marketing Administrator in consumer products at Philips. AHI had given her a good introduction into sales & marketing but Philips simply offered more opportunities, so she applied.

“My first interview was with Jeannine Robinson of Human Resources who set me up for an interview with the National Sales Manager [she chuckles] – you [Merv Robertson, your author]! Then it was Iain MacKenzie, Divisional Manager at the time and I eventually got the job, replacing Norm Williams, who was retiring after being with Philips forever.”

One of Denise’s first jobs was to computerise the operation and make communications, both to the branches and to customers, more efficient. Later she compiled data for Iain MacKenzie, to help determine market size and supplier shares. She often wondered if their competitors were as honest as Philips…

The admin role proved excellent grounding for her next Philips assignment when a Rep’s position came up in Wellington. John Manville was Area Sales Manager and Denise was assigned territories covering Hawkes Bay, Manawatu and part of Wellington, including the key account of LV Martin & Son. “I was dealing with a wide variety of people, including Rob Duckworth, Trevor Douthett, Brian Watt and Jim Bulloch.”

In 1986 Denise transferred to Auckland, managing national group accounts, including DIC, LD Nathan and Farmers, where Deanne Westwood was the Buyer and Dick Barter the Merchandise Manager.

Around a year later she applied for a position at Retail Trading Society (RTS). She was employed as Product Manager by Rex Leaming who was GM of the appliance division which had operated as Appliance Traders but was now Appliance Court. Russell Sinclair was Managing Director.

Denise remembers Rex Leaming as “very bullish” about the fact that if Appliance Court was to compete with the chains, it had to be buying centrally and in bulk for the shareholders at catalogue time. “It was very exciting to negotiate those deals, take them into promotion and see them sell through. RTS was in a rapid growth phase and it was exhilarating to be a part of it.”

Tragically, Rex Leaming died suddenly and, to Denise’s surprise, Russell Sinclair installed her as General Manager for appliances. Neville Pullman, an experienced Buyer from Farmers, took her previous role and then in 1989 it was time for the big OE.

“I thoroughly enjoyed my time at RTS, but always had travel on my agenda, so sadly I finished up and headed off on my adventure.”

So began a four and a half year stint abroad, working as a tour guide for Auto Tours. “These tours, targeted at 18-35 year olds, were full-on, covered most of Europe and varied from 14-52 days. I would arrive home knackered! A tremendous experience, but after four years I had had enough and it was time to come home.”

Back in New Zealand, Denise was recruited to head up Image Net and then formed her own company, Lateral Solutions, undertaking contract marketing. She later joined Times Media Group, managing human resources, group marketing and the newspaper division, which was the Rodney Times.

Denise describes how new doors then began to open for her: “Through a friend at IMG, I was offered a short term contract working at the New Zealand Golf Open. This was around 1998 and it went well to the extent they offered me additional contracting opportunities, leading to a new career.”

In August 2000 she launched her own company, PaR nz, and with IMG was Event Manager for the NZ Open for seven years, including the 2002 event which featured Tiger Woods. This was not the golfing side, but infrastructure which included sponsors. Each year involved a 4-5 month contract. All this coincided with Denise becoming involved with New Zealand Golf in a number of contract roles, including one as the National Tournament Director for women’s golf.

Trading as PaR nz Golfing Holidays, she had bought a van, advertised in Australian Golf Digest and began by taking small groups of Aussies around New Zealand playing golf. At that stage, virtually all holiday golfing tours were for blokes so when someone suggested she take a girls group to Fiji, she was sceptical.

“Still, I advertised the trip and away I went with 12 lady golfers. That was 2002 and it’s now an annual ‘girls week’ event with our limit of 120 travelling each time.”

Denise and Kim Buckley, her business partner of the past seven years, now take groups to many countries and events around the globe. Corporate and charity events are also specialties so Denise would welcome your enquiry on 0275 662 385 or via the website www.parnz.co.nz