Attack of the pods

Capsule coffee market and have changed the makeup of the category. Jess Brunette reports. 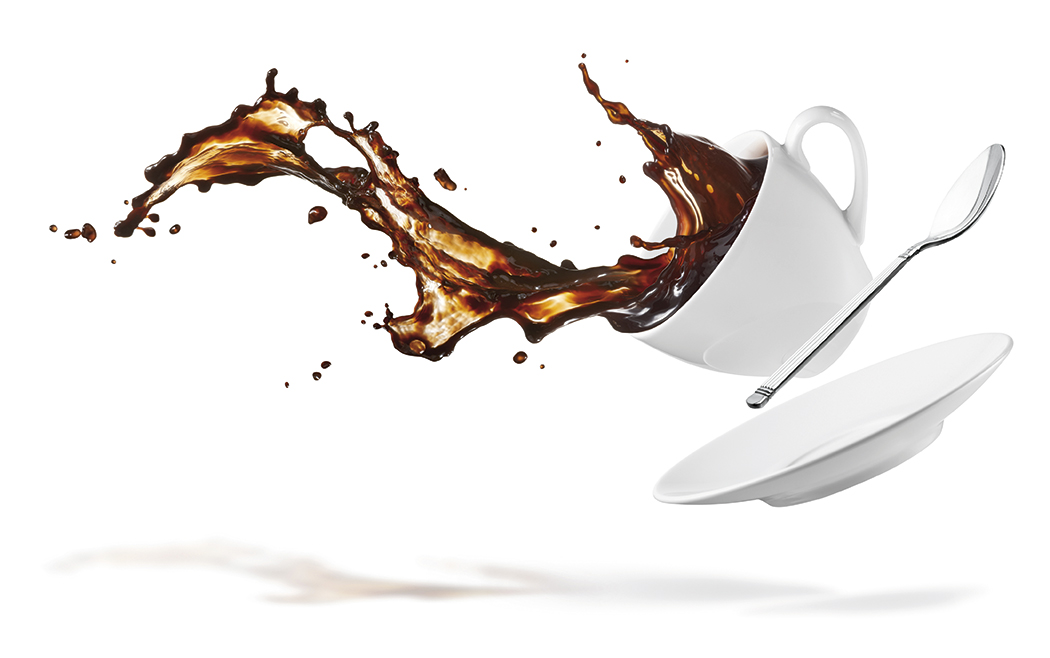 For the second year running, Christmas 2013 saw people rushing out to get the latest and greatest addition to the kitchen bench: the portioned espresso maker.

As well as being very cool with added novelty value to those new to the technology, the machines have benefits that are not only bringing in curious first time users but also those who have seen the benefits at first hand from friends and family.

John Heathcote from 100% Heathcote Appliances saw huge growth in Nespresso capsule coffee machines over the Christmas break. I asked him what he thought the major factors behind this were.

“The capsule machines appeal to a wide demographic and key to that is there is no wastage, no mess and very little cleaning as opposed to even a fully auto machine. There’s always a female skew to appliances but we are finding guys are putting them on boats and things like that are they are small and compact,” Heathcote explains.

Speed and consistency are also factors where you get can make 10 identical coffees fairly quickly.”

PODS ON THE MARCH

“Mr Clooney has done a good job marketing it so it’s definitely fashionable,” says John Heathcote. “And Nespresso has enough momentum now that it’s mostly referrals. A Nespresso customer walks through the door with their mind made up they want to buy one, it’s just which one to a certain degree.”

Over at Nespresso, Guillaume Chesneau confirms the excellent showing that Heathcote has seen: “The coffee market has performed well over the last 6 months showing considerable unit and value growth. This growth has been driven by portioned coffee with an 87% increase in units and 59% increase in value, year on year.”

Chesneau points to the opening of a second Nespresso boutique in Wellington, the expansion of the permanent Grand Crus coffee pod range from 16 to 22 and the introduction of a second machine partner with Breville joining DéLonghi in June 2013 as key growth drivers that have “enabled Nespresso to offer its retail partners and consumers more choice in terms of new machines.”

To ensure this momentum is sustained, Nespresso will be focusing on new colours and compact designs to appeal to younger demographics.

So is it just a matter of time before capsule coffee makers are in every home? Not according to the industry players I talked to, who stressed that automatic espresso machines still have a dedicated customer base.

For instance, Christine Johnston from Sunbeam reports “excellent sales” of Sunbeam’s EM7000 café series espresso maker over the Christmas break. By all reports top end espresso machines will always have an audience and are appealing to a different type of customer than the capsule buyer.

“Coffee connoisseurs will always buy an auto espresso machine over a capsule machine as you are restricted to the blends you can get with pods, whereas with an auto machine you can buy your beans wherever and support the local guy or, if you have a particular coffee taste you like, you can get that. So if you buy a capsule machine all that goes out the door,” John Heathcote explains.

David Thomas from the New Zealand Speciality Coffee Association explains that as New Zealanders become increasingly knowledgeable about coffee and expectations of baristas gets higher and higher, the commercial sector remains the domain of top end espresso makers.

“Certainly on the domestic scene there has been a huge swing to the Nespresso type of capsule, but on the commercial side there is more of a move towards higher quality, temperature stable machines,” Thomas says.

So if the capsule market is taking care of entry and mid-level sales and the top end automatic machines have a dedicated market with serious coffee drinkers, what is happening with the mid and entry level autos?

“Nespresso if anything is actually growing the whole coffee market but, there is actually a threat to the automatic markets as Nespresso machines are around $400 while a big fully automatic machine can be around $2000 plus. So there’s definite price pressure for fully auto machines at the moment and if we look at trends in Australia the average sale price of automatics is actually decreasing,” says John Heathcote.

If the same thing happens here, those in the auto espresso game may need to put on their thinking caps for the year to come.

Portioned espresso and Espresso Machines also both saw volume gains well in excess of their value growth, so again it’s fair to assume that margins will have tightened somewhat.

GfK agrees, saying that although New Zealand is still in a growth cycle for Espresso Machines (unlike Australia), the value increment is slowing down in comparison with volume, which indicates price erosion.

Still, says GfK, we should still see good growth for Portioned Espresso Machines at least for another year.

By the way in case you’re wondering, we have left the exponential growth in Tea Makers off the graphs because this massive growth is off a very small base indeed, in fact less than 0.5% of the hot beverage market. 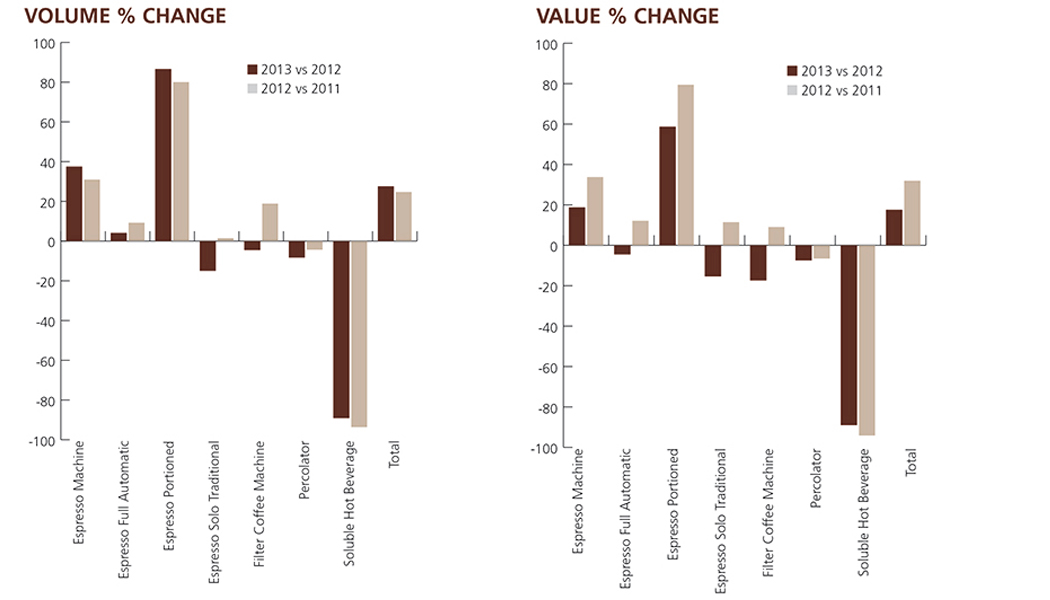