This year’s International CES in Vegas drew interest from some unexpected industries. The Wares team reports. 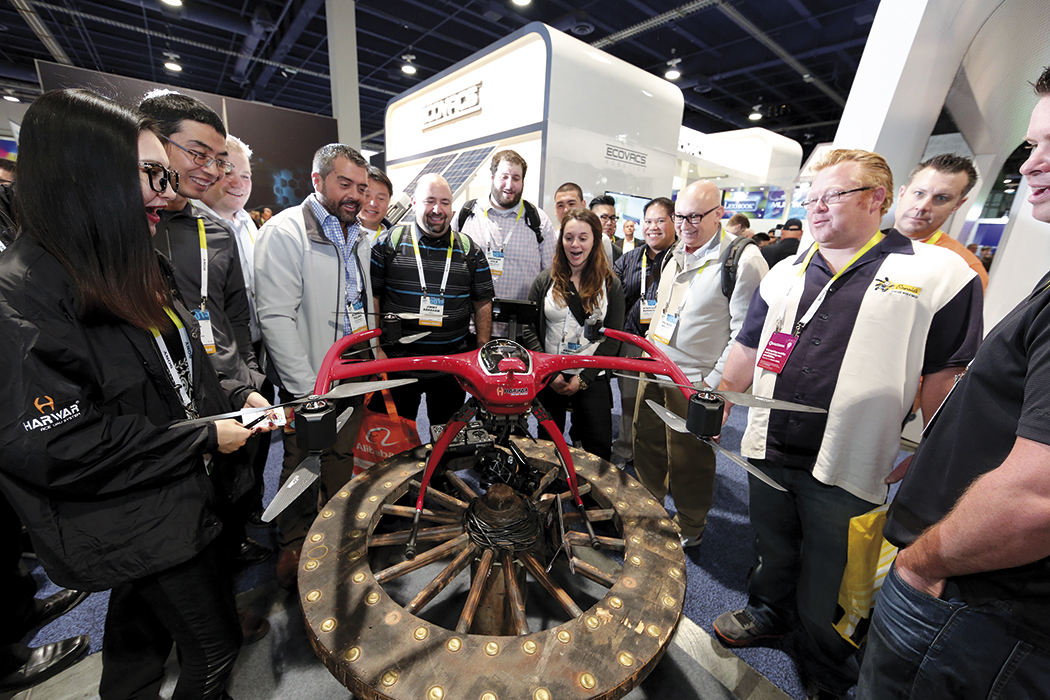 On 9 January, Las Vegas farewelled another year’s International CES. Some 170,000 industry professionals, including more than 45,000 from outside the States, had schlepped their way around more than 2.2 million net square feet of exhibit space filled to bursting with more than 3,600 exhibitors.

GETTING THE VIBE – EVEN FROM AFAR…

As usual we trolled the net and polled the tipsters to get the best of the good oil, without actually having to come away from the beach… What were this year’s key vibes? 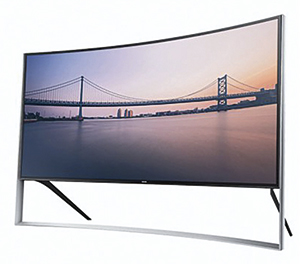 IoT? WtF? – As far as selling products is concerned, it’s early doors for the Internet of Things (IoT). But we are beginning to see more and more connected devices over and above smartphones and audio-video systems, which could be market-ready if so desired – take the recent activity from Whirlpool and GE in the US for example.

Until the last couple of years however there has been some concern about individual brands adopting any of several standards for connected products.

The last few months, though, have seen BSH and now Samsung at CES advocating that the Internet of Things should be an open system (the latter adding that it will be a “100% IoT company” by 2020!).

Whose OS? – Several brands’ smartphone ranges now encompass multiple operating systems. Now Smart TVs are taking the same approach, sometimes in an attempt at differentiation from the pack, sometimes because it offers the potential for a smarter TV experience.

Smart TVs are currently variously powered by Tizen (Samsung’s own OS), Android (Sony and others), even Web OS (LG) and Firefox OS (Panasonic). In fact we have heard that Sony’s 2015 Smart TV range will run Android TV.

Super, UHD TV! – All well and good but we suspect that a TV’s operating system is irrelevant for most consumers. Picture quality is still the Holy Grail and anyone who was anyone was showing 4K TV sets, labelled SUHD, UHD or Ultra HD, at Las Vegas. 4K is definitely the new black.

Got your motor running? – This year’s CES was also noteworthy for more of the automotive theme that started last year with even more car manufacturers at the show in their own right.

Having read reports that technology is the top selling point for almost 40% of US car buyers, you can see the auto makers’ logic in plugging into the year’s biggest North American tech-fest.

Despite competition from Ford, GM, BMW, Audi, Chevrolet and Hyundai, it was Mercedes that appears to have been the standout in Vegas, with its F 015 IRL concept car featuring multiple touchscreens and gesture controls, as well as chairs that rotate – yes the car drives itself!

Droning on and on – Keeping with the autonomous, driverless theme, robots and drones, from Parrot and others, were another 2015 CES keyword. Nvidia even came up with a portable “next-gen infotainment system” concept that car makers can fit behind their dashboards to augment a driverless set-up.

Thank you for the music – The hi-fi category which, traditionally, sits to one side or even outside of the mainstream Vegas halls, was once again remarkable for the comeback of vinyl, thanks to those analogue lovers and anals who never traded in their vinyl in the 90s.

But, seeking to pull in the younger pool of entrenched digital natives, high resolution audio was again a feature of many booths, even Neil Young made an appearance to plug his PonoMusic system which should be out this year.

Other musical matters included a new Philips headphone – this time a new noise cancelling model that doesn’t use batteries! Instead, NC1L takes its power through an Apple devices’ Lightning connector cable. Clever.

Which were the year’s most innovative products?

The annual CES Innovation Awards seek out outstanding design and engineering in consumer technology products – sort of a technology meets Crufts dog show-style thing. The following were the panel’s pick of the 2015 show: 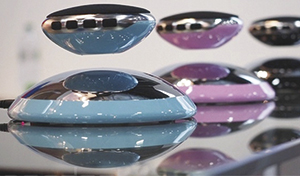 Float, float, float on – The Portable Media Players & Accessories category went to the bizarre yet engaging AIR² from Axxess CE (www.axxessce.com). Said to be the first of its kind (there is a patent pending), we’re thinking portable loudspeaker meets Minority Report – AIR² is a floating Bluetooth speaker that literally levitates over its base and punches out a “very acoustic yet powerful sound”.

Surrounded by sound – Most innovative in the Home Audio-Video Components & Accessories was Pioneer’s Elite SC-89 2-channel A/V receiver, thanks in no small part we imagine to its incorporation of Dolby’s brand new Atmos surround sound technology allowing playback of Dolby Atmos specific “immersive content”. The first movie to be released on Blu-ray with Dolby Atmos was Transformers: Age of Extinction but many more are promised.

See you at the (sound)bar? – The Home Theater Speaker category was taken out by Philips’ Fidelio B5 Wireless Surround-on-Demand Soundbar. If not already available here through Pudney & Lee, this wireless surround sound bar with wireless sub-woofer and detachable wireless rear speakers should be here soon.

Bend it, bend it, just a little bit – Predictably perhaps, most innovative in the Video Displays section was adjudged to be Samsung’s 105-inch UN105S9B, the “world’s first and largest bendable SUHD TV”. Setting “a new bar for the cinematic viewing experience at home” this 4K TV changes from flat to curved on demand. It won’t be cheap.

Android goes in-car – Possibly a new category (not sure we saw this last year), thanks to the plethora of automobile makers and in-car systems and product suppliers at this year’s show, the most innovative In-Vehicle Audio-Video product was Parrot’s RNB6 Android 2-DIN Infotainment System. Designed for relatively simple plug & play installation, it brings with it navigation, vocal and steering wheel controls, in-vehicle networking (presumably for stretch limos?), as well as audio entertainment… 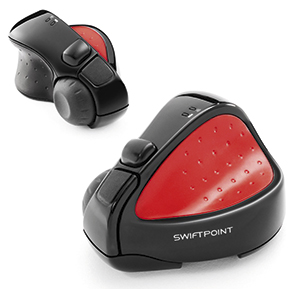 The mouse that roared! – Best of Innovations in Computer Peripherals was a Kiwi innovation! The tiny Christchurch-designed Swiftpoint GT wireless mouse from Swiftpoint (www.swiftpoint.net) was singled out as being the first mouse to allow “truly natural touch gestures without touching the screen or having a touch display”. It works with any operating system. Go Kiwis! (See page 8 in our December issue for more details.)

Somebody’s watching you – Possibly another new category for 2015, most innovative in Embedded Technologies was awarded to the iCam HD Pro from Amaryllo International out of Holland (www.amaryllo.eu). The product is a home security camera featuring full HD video, object tracking, multi-viewing, and 360° of rotation giving the user complete control over their home anywhere.

Outtakes from this year’s show for our Kiwi readers? Opportunities in hot to trot categories for 2015 and 2016 will be found in plug & play home security products. Get in there before the home improvement channel snaps it up!

Another existing key category to continue following will be sound bars and TV/home theatre add-ons – affordable home theatre for those thin sounding flat panel TVs. Much touted as a coming thing the year before last, from the rising interest and uptake we’ve been seeing and hearing about here in the last 12 months, you won’t be a player if you don’t have a well merchandised good-better-best offering in sound bars.

Possibly for the longer term you should also be looking at value adds for and add-ons to the new wave of in-car systems that will be powered by Android or Apple. Whereas your in-dash replacement units are probably going to remain the province of the installers, and the exponential increase in in-car systems isn’t an actual sea change as such, there will be increased opportunities around this neck of the woods.

Hopefully we leave you intrigued by some of the highlights in this admittedly subjective and far from exhaustive take on North America’s biggest consumer technology fair. By the way the dates for next year’s International CES are: 6-9 January 2016 and you can find out all about the show at: www.cesweb.org