Dads just want to be loved

Please don’t take Father’s Day off the calendar – dads already feel undervalued. For those in the appliances and electronics channel this article sets out to help you in your choice of Father’s Day products and promotional activities by helping you better understand the Kiwi dad. Wares’ new Staff Writer and father Terry Herbert reports. 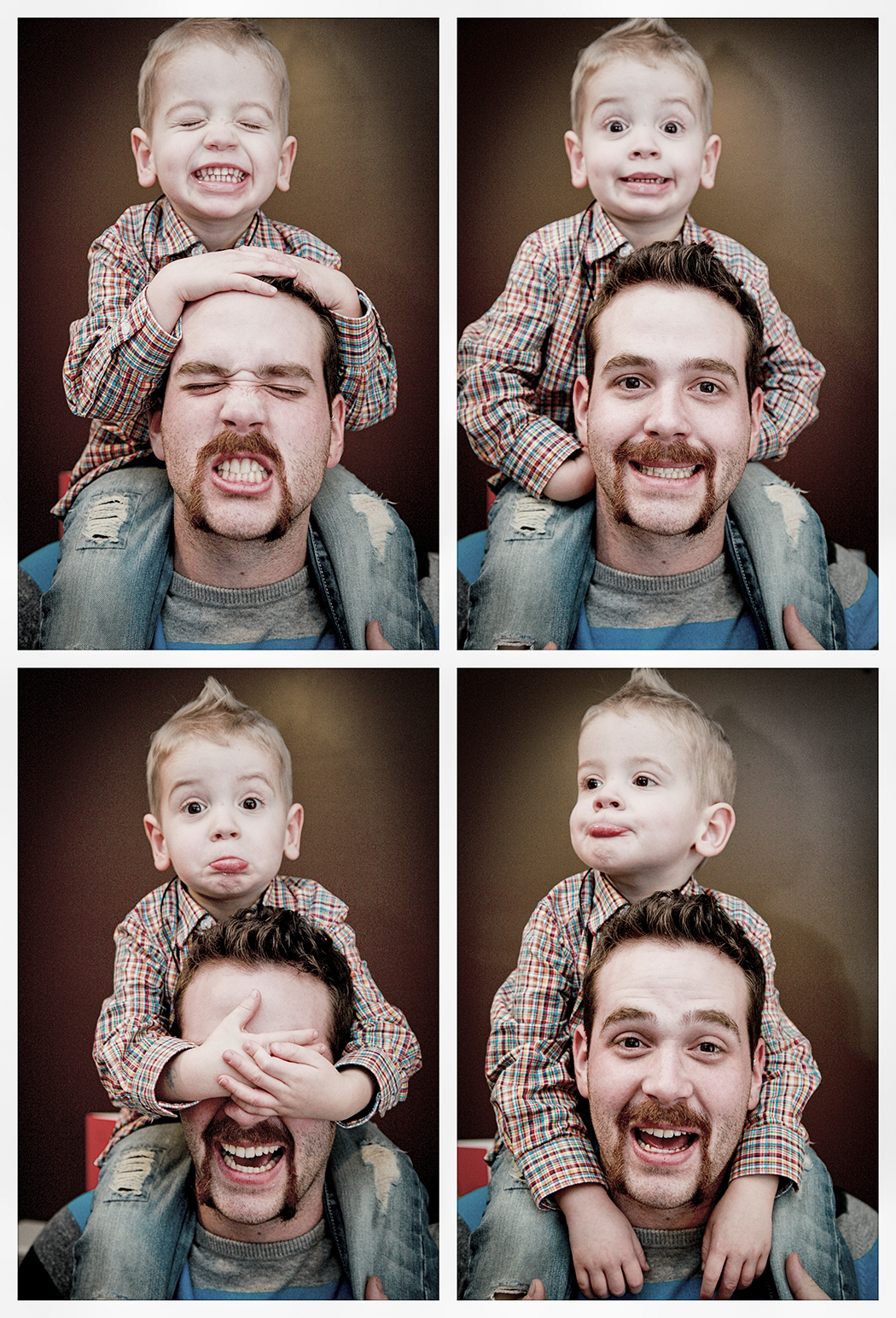 Let’s start by putting it out there – do we love mum more? If advertising spend is anything to go by, it’s a fairly level playing field in the parental love stakes but that’s just part of the answer.

Try getting a table at any half decent eatery over Mother’s Day weekend. Tables will be packed with white or blue-hued matriarchs and their adoring families.

If share of wallet is any indication, we love our mums four times more than we love our dads. According to Paymark, in 2014 the spending boost in the four-day lead-up to Mother’s Day was quadruple that of Father’s Day and that Kiwis consistently spent more on gifts for mum.

The trend for more extravagant tokens of love for mothers is also seen overseas. Research by IBISWorld shows Australians typically spent $60 on mum while the average gift for dad was $30. In the US, gift buyers spend a third more on Mother’s Day than Father’s Day, according to the National Retail Federation.

“It’s that lull in consumer spend after Easter that is conveniently filled with Mother’s Day promotions. November is the biggest ad spend month of the year for both brand and retail so that August/September Father’s Day period is just part of that ramp up.”

How to figure out what fathers want? “The need to belong goes far deeper than a tribal level”, says Massey University Associate Professor and Consumer Behaviour Researcher Valentyna Melnyk.

Hot air? Not when you consider that the above the line ad spend for “all males 30+ with children” has increased by 14%, YTD July 2015, says Marianne McKenzie.

The “dad spend” peaked in June/July this year – normally a flat period for advertisers – but a matching increase in live sport viewing at the sharp end of Super 15 contributed to this unseasonal spike.

“Watching our sporting warriors is simply indicative of our fundamental and pervasive motivation to belong. Fathers in particular need closeness, intimacy, attachment and love more than they would care to admit,” continues Melnyk.

Clinical Psychologist and author of Will the Real Mr New Zealand please stand up?, Gwendoline Smith, agrees that dads “are desperate to feel valued. It’s a necessity for the father to bond. A lot of fathers don’t feel connected to their children.”

How to connect with them? “A growing consumer trend is personalisation” says Melnyk. “It has become cheaper and more accessible. The perfect Father’s Day gift is one that reminds them they’re loved with a frequency of interaction. We tend to over-use the stereotypes – he likes barbecues so I’ll give him another apron.

“Massed personalisation is individual thoughtfulness for the masses. Accessories like smart phone covers that can be personalised would appeal. Don’t buy him a barbecue apron unless it’s got his name on it!”

“Gifts that enable a bonding experience are also popular”, says Smith. “Gaming is the 21st century version of fishing where dad and child can both play. Fitness watches compare step counts with loved ones and symbolically show your well-being is valued.

“Dads are happy to receive grooming products that show a loved one is concerned about their appearance. Bluetooth speakers that play music at the beach or BBQ, or any device that allows for shared experiences would be high on a father’s wish list.”

Gwendoline Smith adds that even the archetype of the DIY-enabled Kiwi male shouldn’t be underestimated or pooh-poohed: “It’s in the male DNA to fix things – even 30 something dads watched their fathers fix things.”

Quoted recently in the media, Sasha Madarasz, owner of introduction service Two’s Company, reinforces this fascination by reporting that this is what Kiwi women look for in men: “Women are definitely wanting that guy who can fix the roof, dive for a crayfish and look after the baby.”

Also quoted elsewhere recently, Rick Davies, manager of dating website FindSomeone, is quoted as saying: “Women are looking for the bloke that could chuck up a fence on Saturday morning. They get inundated with smiles and messages.’’

Higher again up the dollar food chain are the more “considered purchases” like appliances, gadgets and big boys’ toys. “Again it’s the need to connect with loved ones and share that’s important but in the higher price bracket you need to factor in the purchasers’ too,” says behaviourist Valentyna Melnyk,

“Today’s dad is just as comfortable in the kitchen as the workshop. So, if he’s into cooking, a big appliance that gives mum a break should not be off the shopping list. Don’t forget that men are into status symbols,” adds Melnyk, “so make sure it’s a brand they want!”

A GIFT BUT NOT AT ANY PRICE

“No matter how much they earn, all men like to think they’re saving money”, counters Gwendoline Smith.

“A busy, high income professional will still find time to paint a cupboard if he thinks he’s saving a buck. A perfect example would be an espresso coffee maker. It’s expensive up front but, when you consider even a one espresso a day café habit will set you back $1,500 a year, dad will think he’s saving money with every freshly brewed coffee.”

And when it comes to big boys’ toys? “Drones driven off mobile phones or action-cameras like a GoPro have a big ‘cool’ factor too – just make sure they can be shared! And, unless mum and the kids are into it too, forget the golf clubs,” she warns.

Which leads one to conclude that value-add promos are a sure bet for Father’s Day: “It’s the ‘canny’ in Kiwi dads that should factor in promotions,” says Smith.

“Cash back, price off, buy this and get this free premium. The daddy trifecta is anything that rewards loyalty, that’s habitually interactive, rewards the sense of belonging and he thinks he’s saving a buck.”

Clear as mud? When it comes to addressing Father’s Day there are few absolutes, I am afraid. What is clear however is that – despite how attitudes may or may not change in future years – some of the things that tick your and my dad’s boxes are built in, almost genetic. So understand them and make the most of them!

WHAT ARE DADS WATCHING AND WHEN? (BUT IS IT MUM YOU'RE AFTER?)

In the prime viewing hours (6-8.30pm), the vast majority of fathers 30+ watching broadcast television are glued to TVNZ’s One News. This peaks on a Monday when almost 62% of all dads are watching and dips to almost 45% on a Saturday.

Strategist and media planner/buyer Rainmakers’ Marianne McKenzie says, according to the TVNZ rate card, to reach dads watching their favourite news channel on Monday will cost advertisers $11,350 for a 30 second slot.

Reaching only 34.9% later that same evening when Shortland Street screens will cost a whopping $18,200 to run the same ad. Why? This is when, McKenzie says, “mum sits down. She’s the goddess of shopping who makes the majority of FMCG purchases including male products like shavers or condoms.” 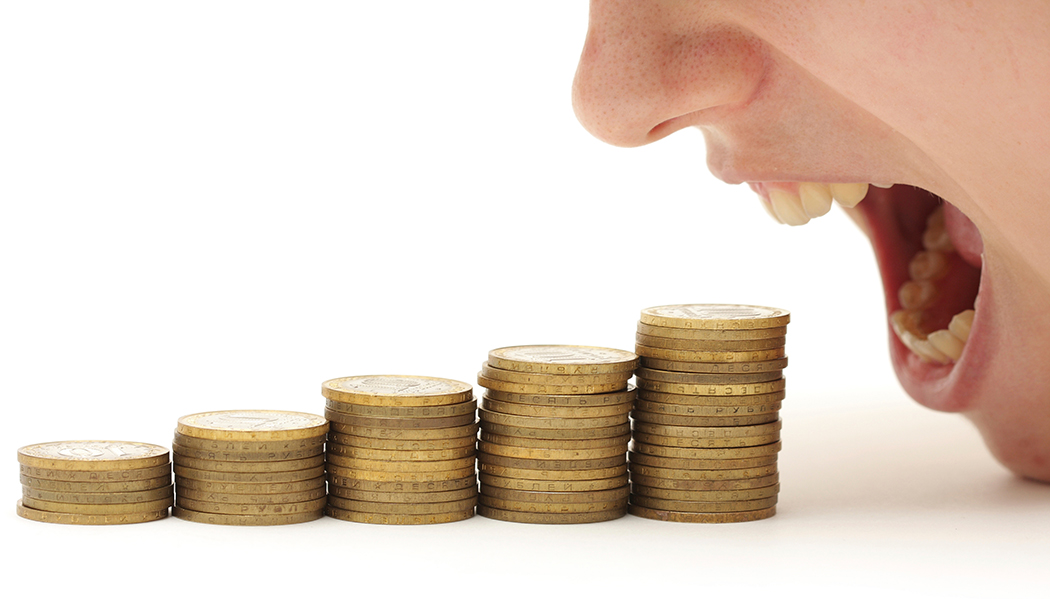 PUTTING THEIR MONEY WHERE YOUR MOUTH IS

Suppliers were asked two questions: “Where are your Father’s Day promotional dollars going?” and “What do YOU want for Father’s Day?”

WHERE ARE YOUR FATHER'S DAY PROMOTIONAL DOLLARS GOING?

Steve Meek from Key Service confides: “We work with each retailer independently. They choose how they promote our brands usually dollars off or specials.”

Another emphatic “No” to planned Father’s Day promotions comes from Digital Logistics and Grant Eveleigh: “Our focus is on new product. We’ve got exciting new models especially the new drones that will be in store for summer.”

Cellnet’s Dave Clark says: “We’re working with the retailers to promote Father’s Day.” He adds with a laugh, “What dad wouldn’t want a stylish cover for their mobile or tablet? We also expect our health & wellness range to do well for us.”

The man at the poker table with the cards closest to his chest is CDB’s Mark Rice: “I’ve almost forgotten Father’s Day because our promotional plan is firmly in place. I’m thinking and planning for next year. We work with our retailers and our plans are strictly our plans. We put them in place and we move on.”

WHAT DO YOU WANT FOR FATHER'S DAY?

Coincidentally, though clinical psychologist Gwendoline Smith would argue these roles are typically filled with “alpha-male hunter gatherers”, all interviewees were fathers.

For their own Father’s Day, all bar one wanted “family time.”

The exception was Direct Imports’ David Lawes who gleefully admitted: “I’m going to a motor cycle rally without the family. It’s my dad’s day off and I’m really looking forward to it.”