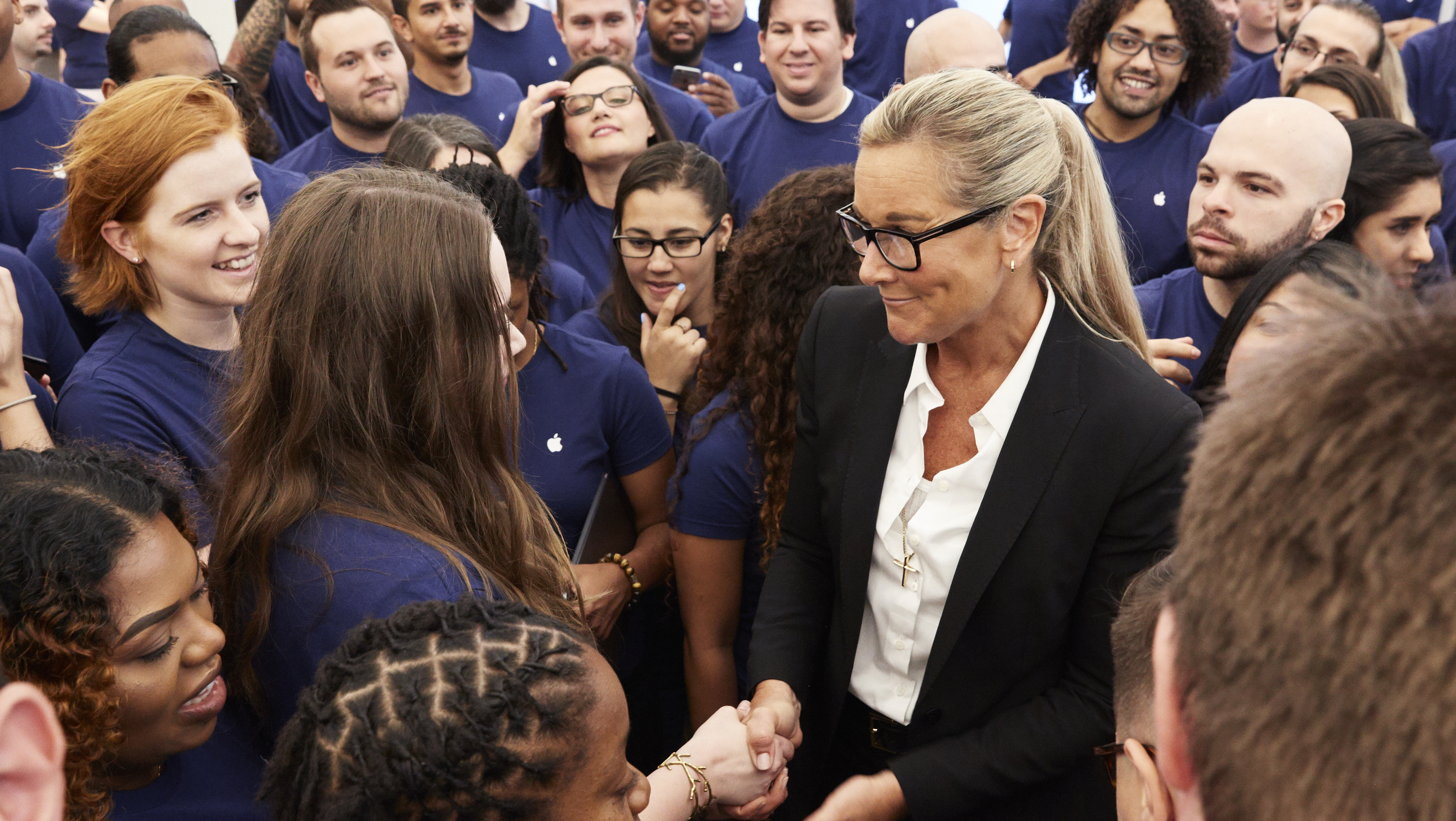 Angela Ahrendts (above): “I don’t want to be sold to when I walk into a store. The job is to be a brilliant brand ambassador. Don’t sell! No! Because that’s a turn-off. Build an amazing brand experience, and then it will just naturally happen.”

In the midst of flagging iPhone sales and a share price on the decline Apple has so far unveiled two new format stores in San Francisco and New York - what does it all mean?

The Union Square project was spearheaded by Apple’s design chief Jony Ive and Angela Ahrendts, its head of retail who moved over from Burberry in 2013 where she was CEO for 8 years.

For a talented and ambitious merchandiser like Ahrendts, though, revitalizing Apple’s enormous retail business is the ultimate challenge.

The Apple Stores’ annual revenue of just over US$20 billion is more than six times Burberry’s, its 30,000-strong staff is almost three times as large, and — due respect to the ubiquitous trench coat — its products have insinuated themselves more thoroughly into consumers’ daily lives.

“We are not just evolving our store design, but its purpose and greater role in the community as we educate and entertain visitors and serve our network of local entrepreneurs,” Ahrendts said in a press release. 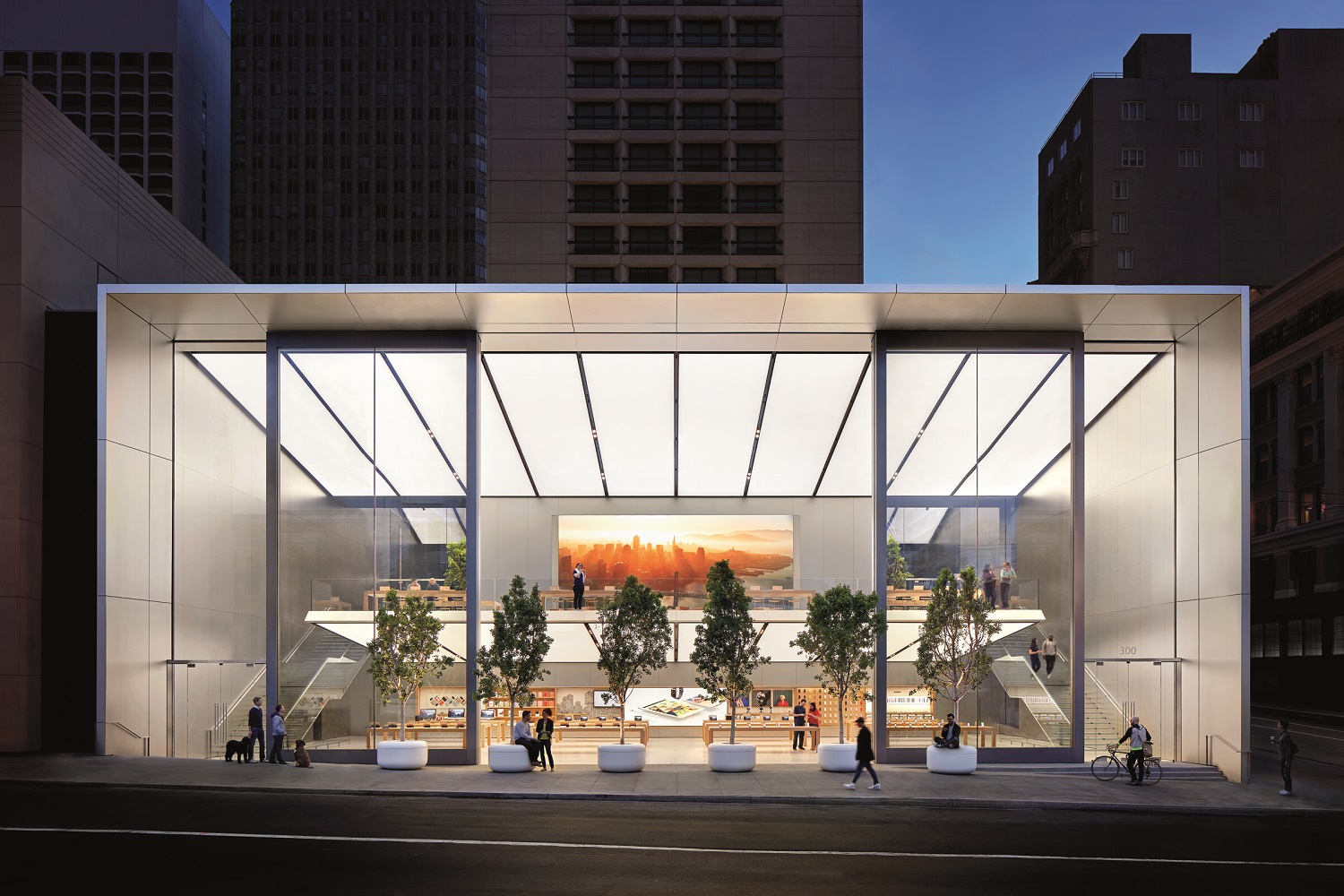 It also sports a backyard “forum” that will be open 24 hours a day, featuring a 15m green wall, free Wi-Fi, and a restored fountain from San Francisco sculptor Ruth Asawa.

Behind the Genius Bar the forum will feature creative sessions with local experts dedicated to art and music, photography, gaming, and other Mac and iOS-centric topics. Apple says it also plans to debut new Apple Music exclusives on the 6K screen as well.

See our previous story on Union Square for more detail.

Is Apple banking on Angela?

Apple CEO Tim Cook searched for a year before appointing Ahrendts. In a company-wide email announcing Ahrendts’s hiring, Cook wrote that she “places the same strong emphasis as we do on the customer experience.”

And significantly, he added: “she cares deeply about people and embraces our view that our most important resource and our soul is our people.”

Perhaps even more telling, Steve Jobs, who described Jony Ives as his “spiritual partner” clearly has that same connection with Angela Ahrendts.

Marc Benioff, CEO of Salesforce said in Fast Company: “Angela is the future of Apple. The most important hire Tim Cook has ever made!” Undeniably she is being fast-tracked as Apple’s next CEO.

As we write this, the second of Apple's new style stores has just opened at New York's new World Trade Center and carries many of the same novelties as the Union Square store (see the photo below).