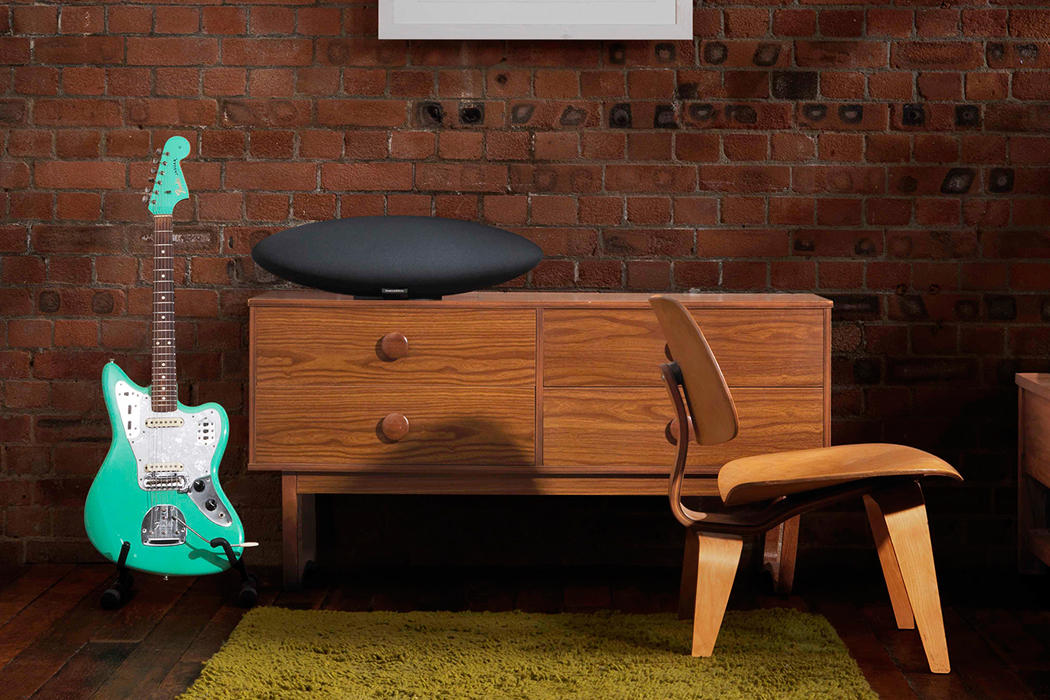 US consumption of music continued to grow in the first half of 2016, even as sales of most formats declined, according to data service BuzzAngle Music.

With the pace of audio streaming more than doubling over the same period last year, total industry consumption was up 6.5%, thanks to 209.4 billion on-demand audio and video streams (+58% on last year), more than half of which were audio plays.

Having said this, physical delivery still means a lot to some top selling artists. Take Adele’s latest album 25 for example, the second best-selling album of the year. Some 65% of the 1.25 million copies sold were from physical product, mostly CDs. 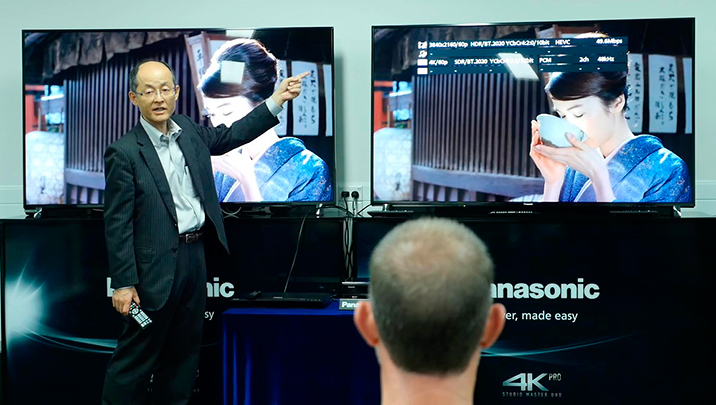 Wares was treated to an in-depth insight into the new player’s technology from visiting Panasonic Chief Engineer, Mr Kazuhiko Kouno (see photo above).

This sort of technology-led launch event was a regular occurrence some years back but nowadays it ranks as unusual and therefore special.

It may be rare these days for a major brand to roll out one of their boffins for a launch but the quiet pride and the passion which underscores their often highly detailed technical presentations means a lot more than just some PR blurb, to this writer at least.

And, with the use of carefully selected high-quality audio components (“equivalent to those found in Panasonic’s hi-fi audio range”), the sound it makes should be as good as the images.

Designed for high-resolution audio, as well as WAV/FLAC/MP3/AAC/WMA formats, DSD and ALAC music files can also be enjoyed once connected to a home audio system.

DMP-UB900 is 7.1-channel surround sound capable, can also play back MP4 videos taken with, say, an action cam, can connect with other devices in the home through DLNA and Wi-Fi and will stream NETFLIX and YouTube, thanks to built-in apps.

Best of all, DMP-UB900 will automatically optimise sound and picture according to the TV or audio/home entertainment product it’s connected to.

To help consumers kickstart their collection of 4K content, from 1 July for a limited time and while stocks last, customers who purchased the DMP-UB900 from participating retailers received the Mad Max: Fury Road and Creed UHD Blu-rays.

Nielsen reports equal availability of SVOD and DVR in the US

According to Nielsen’s Q1 2016 metrics, and despite the rise in popularity in streaming and on demand content (SVOD), TV is still the preferred choice for overall viewing, and is the most heavily consumed platform among US adults of all ages.

But what’s being viewed has changed and in fact an important milestone has just been reached in the in US where the availability of SVOD programming (Netflix, Hulu Plus, Amazon Prime) is now equal to DVR penetration, with both available in half of US TV households.

Other snippets include Live+DVR/time-shifted TV viewing accounting for 47% of the total average audience among adults 18+.

So, not all Americans have shifted to the internet. Even millennials (18-34 years of age) use TV connected devices over six hours per week.

Thanks to UHD, the Panel TV market has returned to health!

As hinted at in the last issue, GfK’s data for the year to June 16 shows that Panel TVs are a worthwhile market to be in again thanks to the uptake of new models, UHD and larger screens.

In particular, GfK reports strong growth in UHD/4K, to the point where units sold in Q2 16 doubled compared to the same period last year and, for the first time ever, UHD/4K represented half of total Panel TV value. 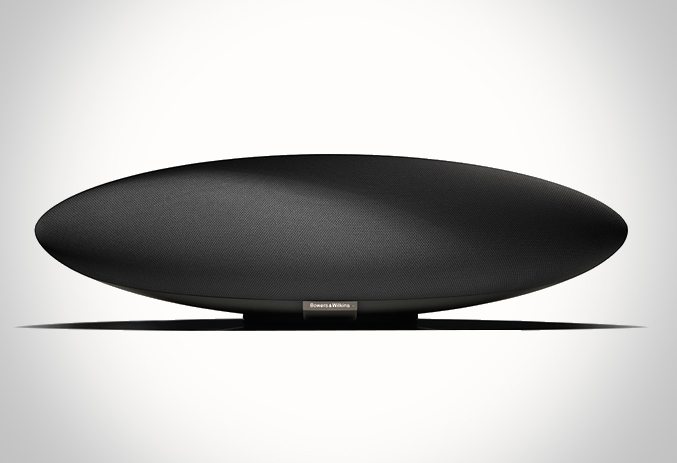 Bowers & Wilkins’ original Zeppelin one-box speaker came out almost a decade ago now, followed by the Zeppelin Mini and the Zeppelin Air. Now there’s Zeppelin Wireless, which can not only handle Apple AirPlay, Bluetooth, and Spotify Connect but also boasts top quality new components (including new drive units), a highly rigid body and state of the art digital processing – i.e. the idea is that it’s easy to set up and use and sounds great. The latest Zeppelin may have kept the family resemblance but it’s being called a big step forward. 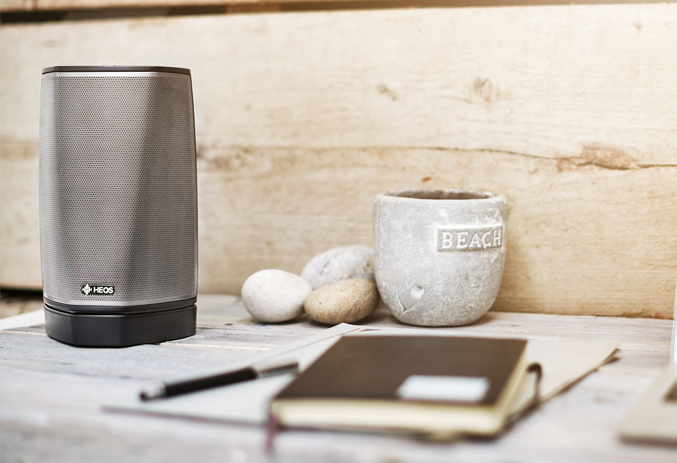 New from B&W Loudspeakers (NZ) is an audio system for the whole house but which can also be controlled room by room, by members of a family, in their own spaces. Through its app, HEOS will stream favourite cloud sources like Spotify, Deezer and TuneIn. Plus, you can listen to tracks directly from a phone, tablet or USB drive. Turn on the power, get the HEOS app, connect to your home’s Wi-Fi and you’re away. HEOS encompasses a range of loudspeakers, including a go-anywhere Bluetooth model with its own rechargeable battery pack, a home cinema option with wireless subwoofer, wireless amplifiers adding
multi-room functionality. 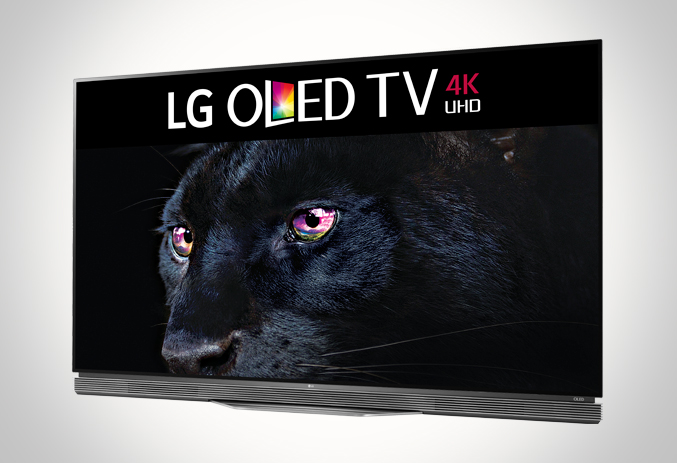 Mid-June saw the launch of three new ranges of HDR-enabled 4K UHD OLED TVs from LG: B6 (flat screen); C6 (curved with 3D); and E6 Premium (with 3D and sound bar built-in). In addition to integrating the industry standard HDR-10 format, some models also include Dolby Vision, further enhancing the HDR experience. Also being introduced in NZ is the latest upgrade of the highly regarded LG Smart TV platform (webOS 3.0), which will “make access to favourite content faster and easier than ever”.

The top of the range 65/55” E6 4K UHD OLED TVs are not only among LG’s thinnest 4K UHD OLED TVs to date, featuring the company’s Picture-On-Glass design, which boasts an ultra-thin OLED panel mounted on a glass back plate, but also has a forward-facing sound bar speaker system with sound designed by harman/kardon. LG’s E6 series TVs have Dolby Vision integrated into the sets.

A key feature part of the new LG 2016 product range is version 3.0 of its webOS Smart TV platform. Compared to webOS 2.0, the third iteration provides a user experience that is more intuitive, as well as enhanced mobile connectivity, remote features and more content options than its predecessor.