Reflecting on a trans-Tasman career

Well known for her time at Philips, where is Susie Martin now? Merv Robertson reports.

To view a PDF of the complete feature as it appeared in Wares magazine,
click the download button at the bottom of this page. 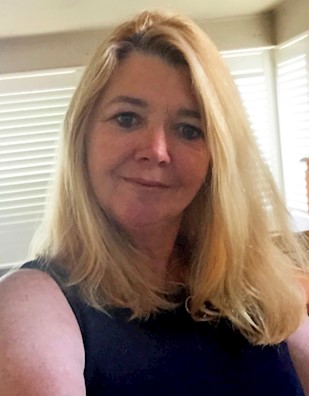 Susie Martin was born and bred in Sydney, Balmain to be precise, but she would marry a Kiwi and now calls Auckland home.

As Susanne Buckley, she graduated from university with a nursing degree but, after three years, realised that emptying bedpans wasn’t going to be her life’s work.

A bit of travel and some further study preceded Susie landing a job as Assistant Product Manager at Panasonic Australia in the Industrial Products Division, looking after photocopiers, faxes, word processors and PCs.

Susie became Product Manager when the incumbent moved on but, after a couple of years, it was time to try something different.

Three “wonderful” years in the health & beauty industry, living in both Hong Kong and Singapore, followed.

Susie was “lured” back to Australia by Dion Martin, a Kiwi expat she had met before her Asian adventure. The pair married in 1995 and enjoyed their New Zealand honeymoon so much they decided to stay, Susie joining Philips.

“With Alistair Sutherland as MD and Errol McKenzie as GM Consumer Electronics, there was a dynamic company culture. I was on Errol’s team as a Key Account Manager for Farmers where Francis File was Buyer.”

Susie “really loved” being in New Zealand. “The people were warm and welcoming and I enjoyed the relationships which were built around honesty and ethics.”

Then, in 1997, Chris Danielson, who was GM Domestic Appliances & Personal Care (DAP), left the company and Susie was “delighted” to be appointed as his successor.”

In 1994 Philips had started a major sponsorship programme with the All Blacks, a relationship which flourished for the best part of a decade, extending to a Philishave Schools 1st XV sponsorship under Susie Martin’s watch and driven by DAP Marketing Managers, Brett McMeekin and then Jane Waddel.

Philips vacuum cleaners had been introduced into the range just before Susie arrived and a combination of good product, the Philips marketing machine and hard work saw the brand achieve top spot in this tough category.

“We worked really, really hard over a number of years to reach that market leadership position and we did a bloody fine job, to be honest. Overall in DAP, we kicked quite a few goals during those years and our results were to be proud of. We operated with integrity and I believe our reputation was second to none.”

Susie is quick to acknowledge the quality team she had around her, including the inimitable Graham Street, who was Technical Manager: “Our group was a team with a focus on delivering. We also had a lot of fun and I think the dealers thoroughly enjoyed working with us.”

After several years of heady growth and profitability, dark days eventually loomed for Philips DAP. The company was making changes internationally and the exchange rate was working against the Kiwi. As Susie herself puts it: “The writing was on the wall.”

She was aware her division could be disbanded and her products moved to a third party agency – a bitter pill, especially as the local team was performing so well – but soon enough it was confirmed that HWI would be appointed NZ distributor for all Philips DAP ranges.

Susie was asked to stay and manage the transfer to HWI, to Brett O’Neill and his team, and then take up a similar role back in Australia. “It was a very emotional time but, in the end, the transition was pretty much seamless,” she recalls.

So it was 2002 and the Martins, somewhat reluctantly, were back in Sydney. In 2003 Susie and Dion decided the time was right to start a family and were thrilled when baby Zan arrived in that December.

Susie was a stay-at-home mum for just over a year before she was offered the position of IT Director at CROSSMARK. And, after three years, she was challenged again.

The New Zealand business was going through a real metamorphosis and the company wanted her to go to Auckland for a year to “steady the ship”.

Susie Martin is now Director of Operations at CROSSMARK NZ, the country’s largest field marketing agency, specialising in merchandising, stock management and field sales. Certainly, it’s a much bigger company than the one she walked into eight years ago.