BRICKS & MORTAR FIGHTING BACK IN THE UK? 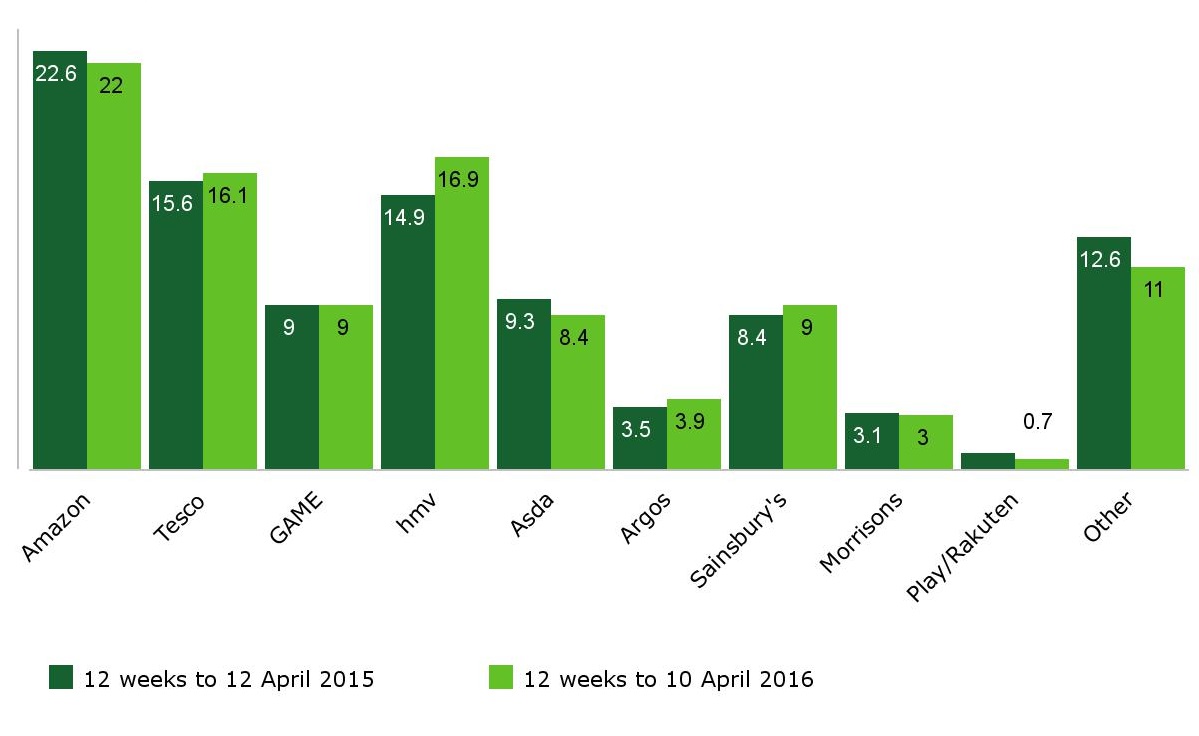 Kantar Worldpanel's entertainment retailing stats for the UK show bricks & mortar, although still declining, has been taking back share from online players.

Still, although physical retail accounts for almost 70% of spending on entertainment products in the UK, according to Kantar Worldpanel, sales of music (-1%), games (-8%) and video (-6%) are all down.

Interesting also to note too from the stats that a quarter of UK consumers are still only buying CDs and haven't yet made the switch to one of the main music streaming sources.

In terms of which retailers are owning the UK market (see chart above), Amazon is still top dog, despite a slight fall, while at number two spot, HMV is back from the dead, "with a bullet" as they say, having just overtaken the Tesco supermarket chain.

Together, these three players account for 55% of the total UK entertainment retail market.

How has HMV returned to relevance? Says Kantar Worldpanel: "HMV has focused on really creating an in-store environment that stimulates and excites consumers like it did in its heyday."

This is borne out by the fact that HMV has been seeing sales from more than half of customers who hadn't planned to make a purchase, compared to the market average of under 40%.

Also worth looking out for is the effect of a fourth major player joining the top three in a double digit share of the entertainment market, thanks to Argos and Sainbury's effectively now being combined, following J Sainsbury's purchase of Home Retail Group.